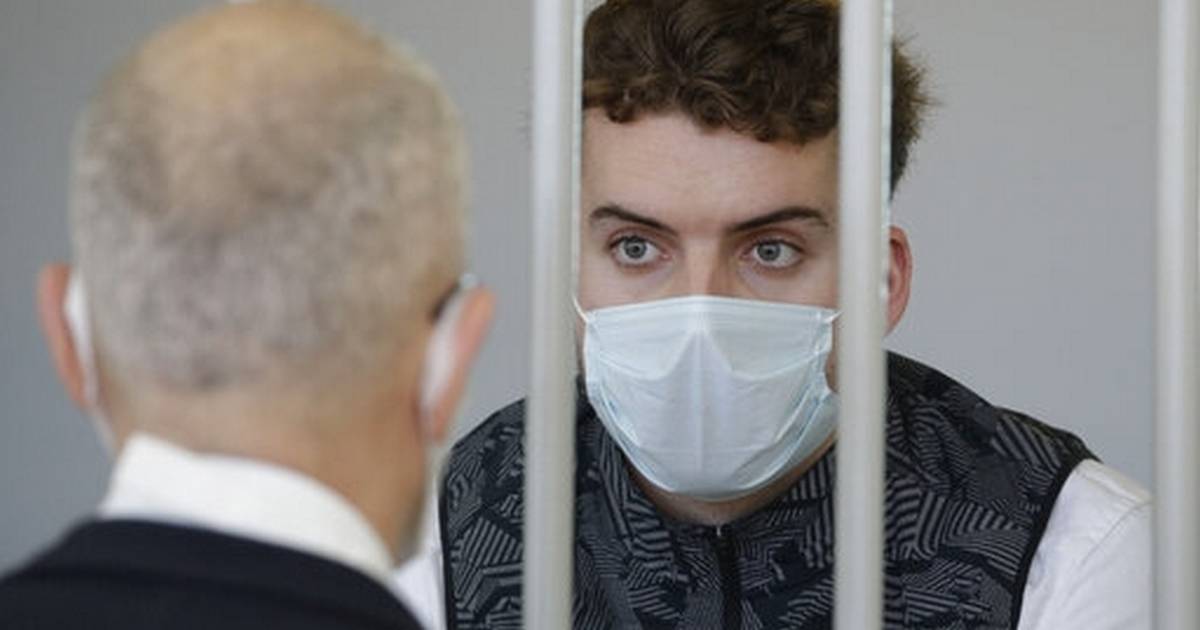 ROME — Lawyers and relatives of two young American men convicted of murdering a police officer in Rome said they are hoping for a better outcome from the defendants’ appeals trial, which began Thursday in the Italian capital.

Carabinieri Vice Brigadier Mario Cerciello Rega, who had just returned from his honeymoon, was hailed as a national hero after he was stabbed 11 times in the street while on a plainclothes mission in July 2019, near the hotel where the two U.S. tourists were staying.

Finnegan Lee Elder, now 22, and Gabriel Natale-Hjorth, now 21, were convicted in May 2021 of slaying the 35-year-old officer, as well as of attempted extortion, resisting a public official and carrying an attack-style knife without just cause.

The two young men, who had been friends back home in California, were given Italy’s harshest punishment – life imprisonment – and therefore essentially have nothing to lose in seeking the appeals trial.

‘We trust in the Italian justice system,” Elder’s mother, Leah Elder, told The Associated Press before heading to the courthouse. “We hope that the anomalies and the inconsistencies that were revealed in the first trial will be brought to light. We really hope that the truth of that night will be shown.’

In the original trial, the defendants testified that neither Cerciello Rega nor his partner identified themselves as police officers and they thought the Italians dressed in casual summer clothes were thugs.

Elder testified that Cerciello Rega tried to strangle him and that he pulled out a knife he carried for his own protection and repeatedly stabbed the officer to break free.

Natale-Hjorth testified that he grappled with Cerciello Rega’s partner and was unaware of the stabbing when he ran back to the hotel.

In Italy, an accomplice can be charged with murder without directly taking part in a slaying.

The plainclothes officers were pursuing a reported extortion attempt allegedly concocted by the Americans after a botched bid to buy cocaine a few hours earlier in another part of Rome, the Trastevere nightlife district.

Appeals Court Judge Andrea Calabria rejected requests by media, including The Associated Press, to cover the appeals trial. He cited the small size of the courtroom and the lack of windows to allow outdoor ventilation during the COVID-19 pandemic.

Renato Borzone, one of Elder’s lawyers, told the AP as he headed into court Thursday that the defense team aims ‘to get justice. We believe that there were mistakes, evidence improperly evaluated’ in the first trial.

At Thursday’s session, prosecutors argued for the convictions of both defendants to be upheld. But they called for Natale-Hjorth’s sentence to be reduced to 24 years, while saying the life sentence should stick for Elder.

The first court, in issuing the required verdict explanation a few weeks after the convictions, dismissed arguments of self-defense as patently implausible and rejected the defendants’ arguments that the officers didn’t identify themselves as police.

The court also cited Cerciello Rega’s ‘professionalism, dedication to work, experience on the streets, his humanity’ in reasoning that the officer would have no reason to try to strangle Elder.

The slain officer’s partner, Officer Andrea Varriale, testified that neither he nor Cerciello Rega brought a service gun to their encounter with the two Americans and insisted they showed their police badges.

While some appeals trials can last for months in Italy, Borzone said a verdict could come as soon as March 18 in the proceedings that opened Thursday because no witnesses will be called to testify.

In a separate trial in Rome, a Carabinieri officer is charged with allegedly using unjustified means in blindfolding Natale-Hjorth with his hands bound behind his back when the then-18 year old was brought to a police station for questioning hours after Cerciello Rega’s fatal stabbing.

Evidence in the blindfolding trial has included phone chat messages exchanged by several Carabinieri. In the chat, officers demanded that the suspects be beaten to death or dissolved in acid in retaliation for Cerciello Rega’s slaying.

Those message ‘made me realize that there are bad cops everywhere, and as a mother it devastates me to know that somebody was talking about the child that I gave birth to in that way,’ Leah Elder said. The messaging content “really shines a light on the venomous environment that my son and the other boy were in in those first hours’ after the stabbing, she said.