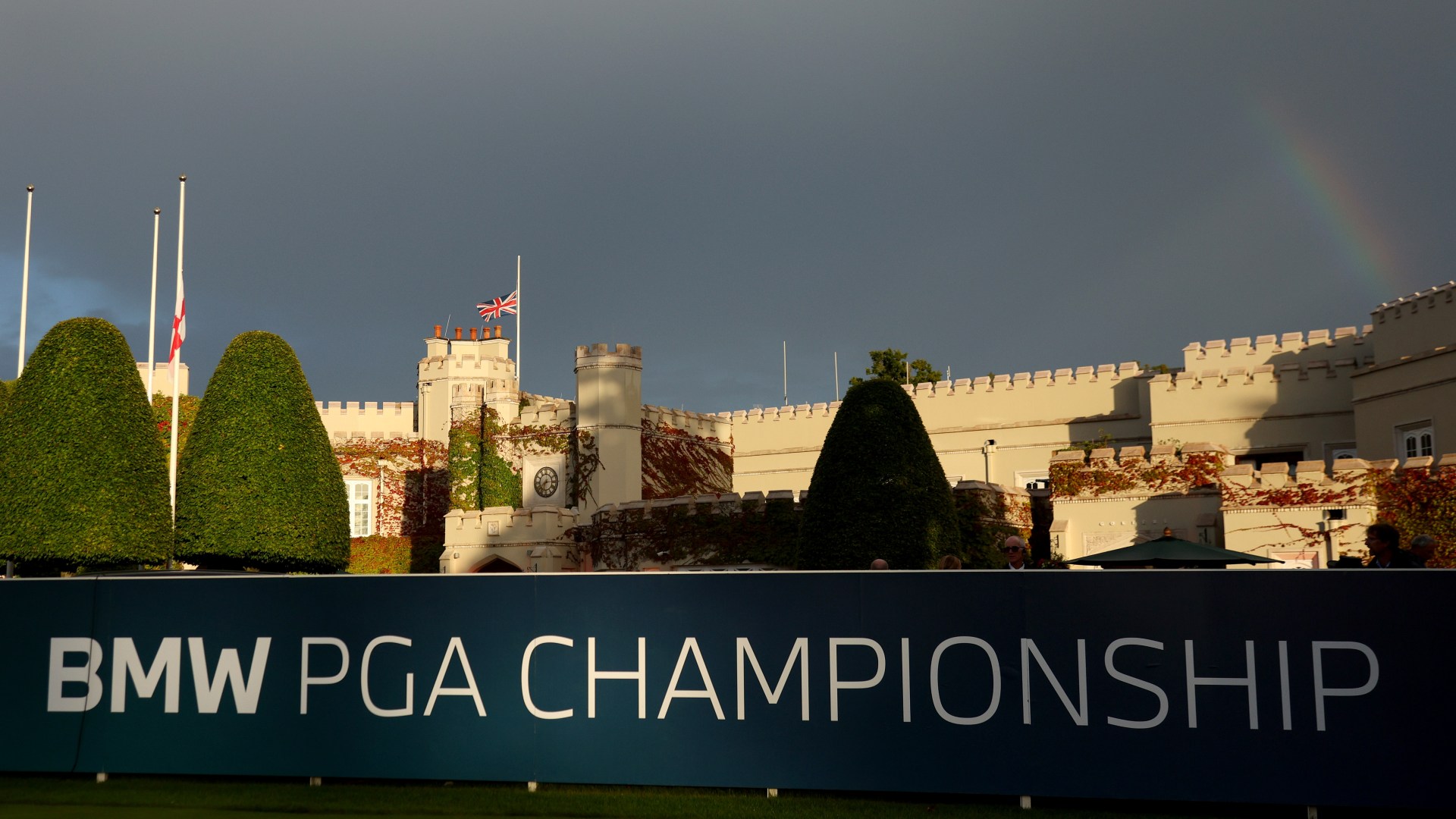 The BMW PGA Championship will restart on Saturday morning after play was suspended following the death of Queen Elizabeth II on Thursday.

Her Majesty reigned as sovereign for 70 years before her passing at the age of 96.

She leaves an unparalleled legacy on the United Kingdom and her loss has been mourned across the country as a result.

Several sporting events have been postponed, including the golf, which saw play stopped on Thursday and cancelled on Friday.

However, organisers have now released a statement confirming its resumption on Saturday.

“This follows the immediate suspension of play on Thursday evening and the complete cancellation of all day’s play on Friday, both actions taken in memory of the passing of Her Majesty Queen Elizabeth II and out of respect for the Royal Family.

“The decision to restart on Saturday has been taken in accordance with Official National Mourning guidance and in consultation with the Department for Digital, Culture, Media and Sport (DCMS).

“The Wentworth event will give players, caddies, staff, volunteers and spectators the opportunity to come together across the weekend, not only to express their condolences but also to celebrate the extraordinary life of Her Majesty.

“The second round of the BMW PGA Championship will resume at 6.40am on Saturday morning and all original second round tee times will remain the same.

“Those players who are yet to complete their first round will do so from 7.30am onwards from the place on the golf course where they stopped on Thursday afternoon.

“The Rolex Series event will now be contested over 54 holes with the intention to finish on Sunday as scheduled.

“It is not possible to play the full 72 holes and finish on Monday as we cannot guarantee the staff, facilities or security of the venue on Monday due to the on-going plans for the state funeral.

“Across the weekend at Wentworth, black ribbons will be made available for people to wear and flags will continue to fly at half-mast.

“In addition, there will be a two minute silence at 9.50am on Saturday morning across the venue to commemorate the life of Her Majesty Queen Elizabeth II, with the proclamation of King Charles III being shown on the television screens in the Championship Village from 10am.

“While catering facilities will be open to spectators in the Championship Village, all additional planned weekend activities will be scaled back.

“Therefore: The two concerts will be cancelled (Jax Jones on Saturday night and Razorlight on Sunday). There will be no other entertainment on the Slingsby Show Stage across the weekend. The first tee experience will also be reduced

“On behalf of our players and everyone connected with the European Tour group, our thoughts and deepest condolences continue to be with the Royal Family at this time.”