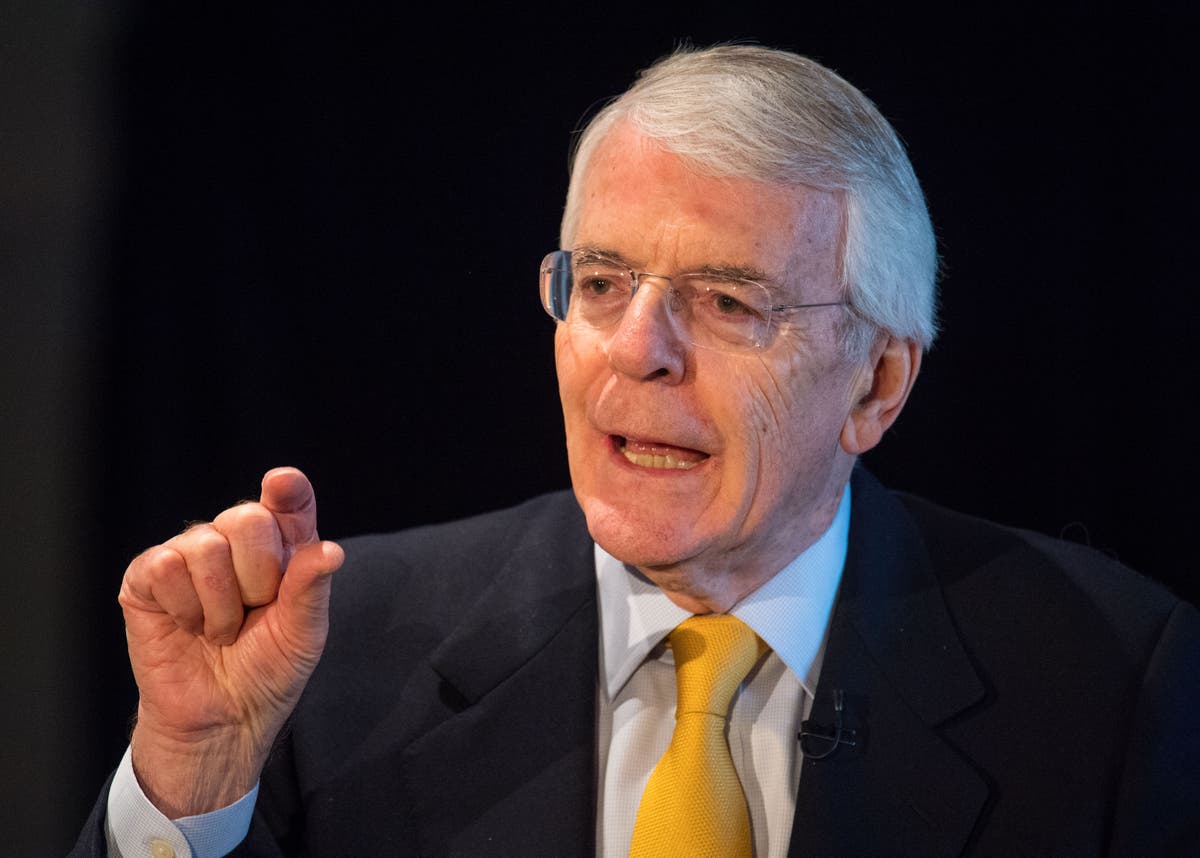 The former Prime Minister’s excoriating intervention comes a day after the Metropolitan Police announced it was writing to more than 50 people, possibly including Mr Johnson, to ask for their explanation as to why they attended 12 gatherings at Downing Street and in Whitehall while Covid-19 restrictions were in place.

Mr Johnson has admitted attending at least one of the events – a bring your own booze party in the Downing Street garden on May 20 2020 – but has insisted he believed it was a work event.

In a speech at the Institute for Government think-tank on Thursday morning, Sir John was due to say that ministers had been “evasive” during the affair and warned the Government’s “shifty” behaviour risked damaging public trust.

He was also set to hint that if Mr Johnson is found to have misled Parliament over the parties then he would have to resign.

He was due to say: “At No10, the Prime Minister and officials broke lockdown laws.

“Brazen excuses were dreamed up. Day after day the public was asked to believe the unbelievable.  Ministers were sent out to defend the indefensible – making themselves look gullible or foolish.

“Collectively, this has made the Government look distinctly shifty, which has consequences that go far beyond political unpopularity.

“No Government can function properly if its every word is treated with suspicion.”

Although Sir John doesn’t mention Mr Johnson by name, he adds that “deliberate lies to Parliament have been fatal to political careers – and must always be so”.

Sir John, who served as Prime Minister between 1990 and 1997, has long been a vocal critic of Mr Johnson accusing the Government of being “politically corrupt” following the Owen Paterson sleaze storm last November.

He has also clashed with Mr Johnson over Brexit, insisting the decision to leave the EU was a “colossal misjudgment”.

But his latest attack, coming as many Conservative MPs continue to weigh whether to write letters calling for a vote of no confidence in Mr Johnson, will still add to the pressure on the Prime Minister over partygate.

It comes a week after another former Tory Prime Minister, Theresa May, questioned whether Mr Johnson had knowingly broken lockdown rules.

Shortly after Mr Johnson appeared alongside the NATO Secretary General Jens Stoltenberg at a press conference on the Ukraine crisis in Brussels, Sir John used his speech to the IFG to express concerns that Britain’s international standing was being damaged by the storm over parties.

“Trust in politics is at a low ebb, eroded by foolish behaviour, leaving a sense of unease about how our politics is being conducted,” Sir John was expected to say.

“Too often, Ministers have been evasive, and the truth has been optional.

“When Ministers respond to legitimate questions with pre-prepared soundbites, or half-truths, or misdirection, or wild exaggeration, then respect for government and politics dies a little more.

“We are told that politicians are “all the same”, and this untruth conditions electors to condone lies as though they were the accepted currency of public life.

“But politicians are not “all the same”.  And lies are just not acceptable.

“To imply otherwise is to cheapen public life, and slander the vast majority of elected politicians who do not knowingly mislead.

“But some do – and their behaviour is corrosive.  This tarnishes both politics and the reputation of Parliament.  It is a dangerous trend.

“If lies become commonplace, truth ceases to exist.  What and who, then, can we believe?  The risk is …. nothing and no-one.  And where are we then?

“Parliament is an echo chamber.  Lies can become accepted as fact, which – as The Speaker has pointed out – has consequences for policy and for reputation.”