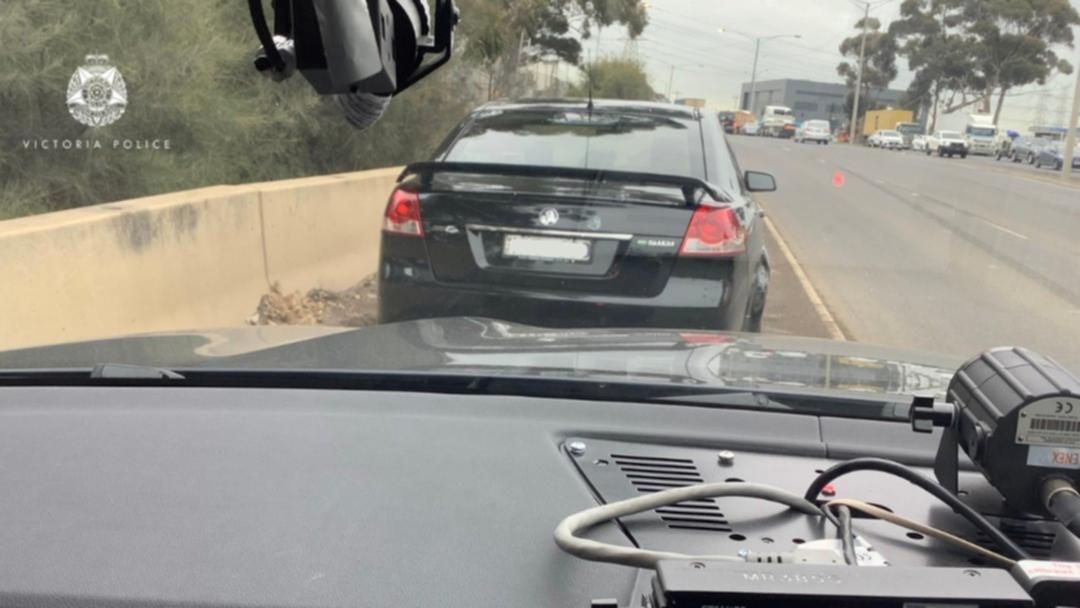 A Victorian driver has allegedly provided a bizarre excuse after being accused of driving more than 70km/h over the speed limit with an unrestrained child in the car.

The Truganina man was pulled over by police on Wednesday when he was caught allegedly driving 158km/h in an 80 zone on the Princes Highway in Brooklyn about 10.30am.

WATCH THE VIDEO ABOVE: Shocking moment driver accelerates into van.

Police allege a young child without a seatbelt was in the car at the time.

When questioned by police, the 40-year-old allegedly claimed the reason for speeding was because he had an upset stomach and needed to go to the toilet.

He will be charged on summons with driving at a speed dangerous, exceeding the speed limit and having an unrestrained child.

He is also required to surrender his vehicle at a later date.