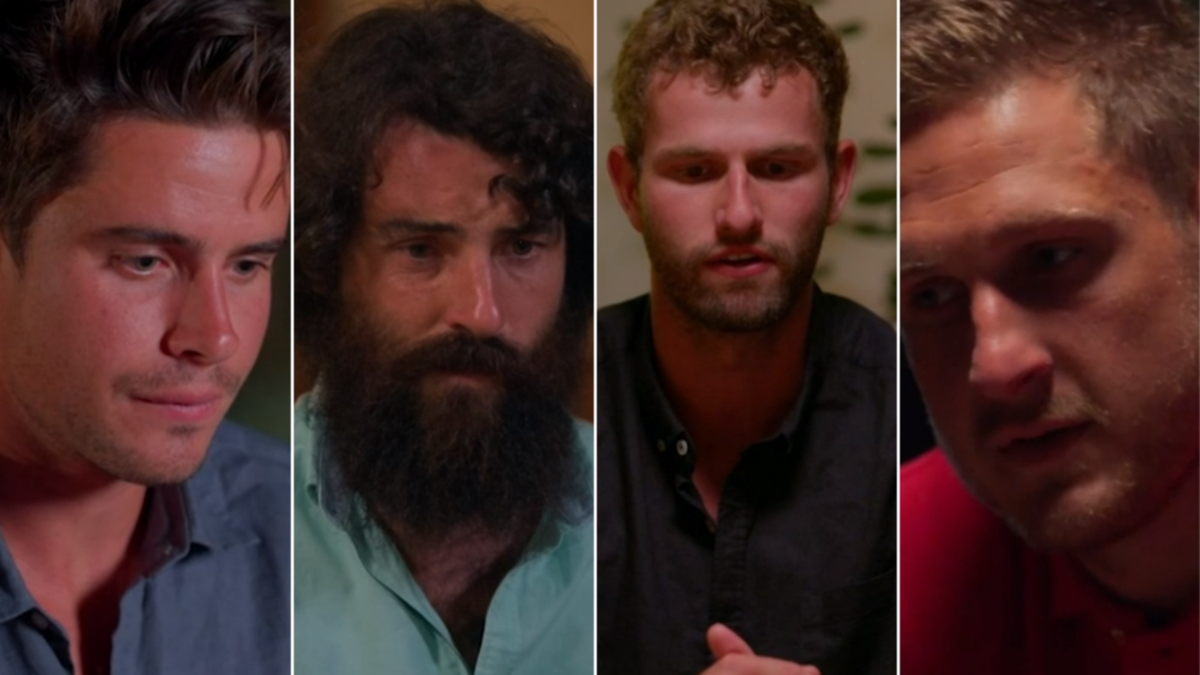 It was time for the Farmer Wants A Wife farewell dinners and there were some surprises in store for everyone concerned.

Paige had two new potential love matches to get to know – driller Cody and builder Ayden – so she didn’t send anyone home.

But she wasn’t the only farmer unwilling to send anyone home.

Farmer Benjamin didn’t want to see any of his ladies go – despite Lyndsay being absolutely convinced she was heading home after his apparent cooling off towards her.

The arrival of newbie Madelene had ruffled some feathers earlier, so Benjamin’s announcement that he wanted Lyndsay, Erin, Hannah and Madelene all to stay was relief for some, and annoying for others.

Erin said she found it frustrating that there were still three other women against whom she had to compete for Benjamin’s time.

But Lyndsay, Hannah and Madelene seemed relieved more than anything.

On Ben’s farm, Lauren was sent home, with both recognising that it just wasn’t working between them on the romantic front.

“She’s an amazing person, she’s got a heart of gold, she’s so soft and gentle and that’s what I really loved about her,” Ben said.

“I was hoping she would open up more than she did, but unfortunately it didn’t happen.

“It’s heartbreaking to know the decisions are only going to get harder from here.”

“It wasn’t meant to be,” Lauren added.

“You can’t force something that’s not there.”

Harry sent home Isabella – the only person he hadn’t kissed.

He said the relationship hadn’t taken off in the way he would have liked, never really moving out of the friendship zone.

Isabella looked temporarily frozen with shock – before getting up and giving Harry a big hug.

But in a separate interview, she looked a little annoyed.

“It’s a bit upsetting to leave the house, but also the lack of opportunity he has had to get to know me,” she said.

“I honestly feel like I don’t know Harry very well, and he doesn’t know me very well.”

Farmer Will, like Benjamin, decided not to send anyone home, meaning Madi, Jess and newbie Holly didn’t have to pack up their suitcases just yet.

“If everyone wants to stay, and everyone’s happy to stay, I would love that,” he said.

Holly had only had a few days with Will, so she was “ecstatic and excited” to be able to spend more time with him.

Madi perked up a little later, saying she hoped she was over her “flat” period.

Meanwhile, over at Ben’s, newcomer Kiani began to make some moves.

After Ben asked her if she had any regrets from her first date with him, she said, “Can you read my mind?”, before going in for the kiss.

You could feel the electricity between these two – and it wasn’t hard to predict than Leish in particular now had a serious rival in the love stakes.

Farmer Wants A Wife continues Sunday 7.30pm on Channel 7 and 7plus.

Queen’s emotional admission about her life days before death