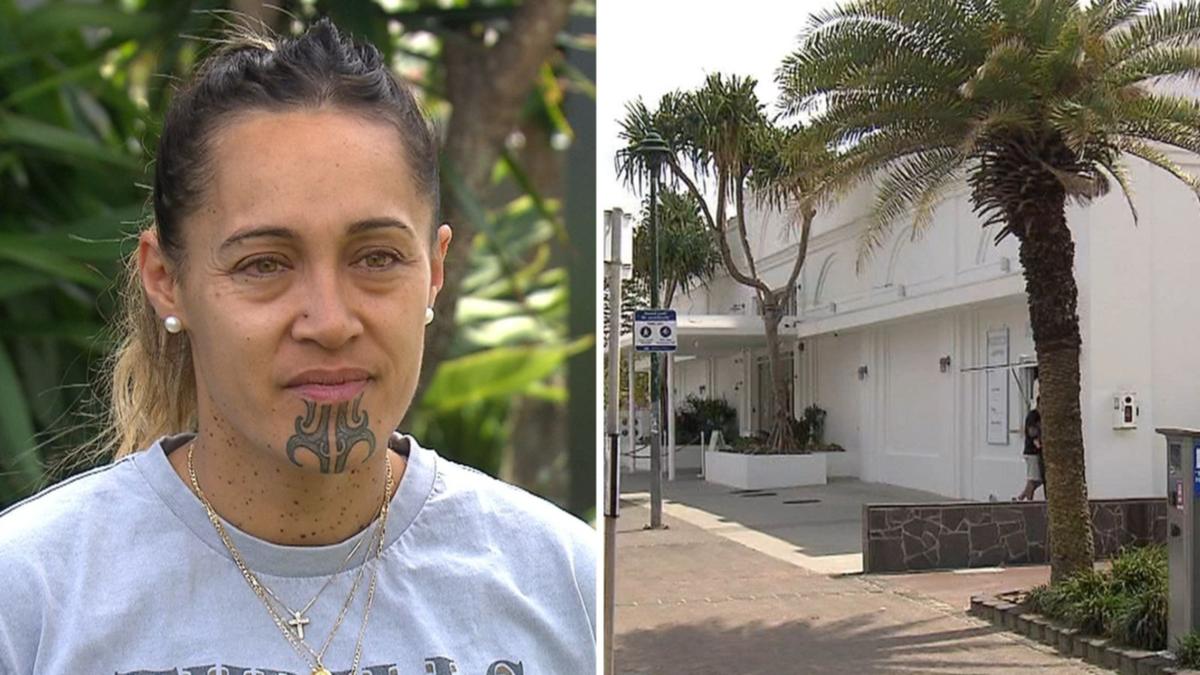 A Maori woman says she was shocked and embarrassed when she was denied entry to a popular Gold Coast pub due to her traditional facial tattoo.

Jadene Kini has Moko kauae, which are chin markings with deeply significant cultural meaning and value.

WATCH THE VIDEO ABOVE: Anger after woman denied entry to pub over traditional tattoos.

When she and a group of friends went out for lunch at Burleigh Pavilion over the weekend, she claims she was singled out by security at the door.

“When we got to the door, they stopped us on entry and said I couldn’t enter, because of my Moko kauae,” Kini told 7NEWS.

“’No tattoos allowed on faces’ – yeah, (they said) that was their policy.”

Kini said she told security her tattoos were cultural, but was told, “regardless of purposes, it’s just a straight policy”.

She said it was her “first experience” in facing discrimination over her Moko kauae – and she was speechless.

“It was a little bit tough to swallow. Being out in public, sort of felt a little bit embarrassed and just shocked, I guess,” she said.

Madison Bartlett, a Gold Coast Titans NRLW player, was one of the friends with Kini.

She said she was confused why people with neck tattoos were allowed into the venue while Kini wasn’t.

“I just think they didn’t have any idea,” she told 7NEWS.

7NEWS has contacted Burleigh Pavilion for comment, but the venue has not responded.

On its website, it says face and neck tattoos are considered intimidating.

“Guests with tattoos are welcome at our venue, however, our policy does not permit intimidating, aggressive, or offensive tattoos, clothing or behaviour which may offend or intimidate other guest or staff,” the website says.

“Tattoos on the neck, head and face are viewed as increased intimidation in that order.”

Kini and Bartlett have called for more cultural awareness education of staff.

“Moko kauae is a birthright for every Maori woman,” said Kini.

“It’s an identity. It’s a journey.

“The cultural significance behind it is where we come from.”

When Australians can expect to see King Charles on their coins