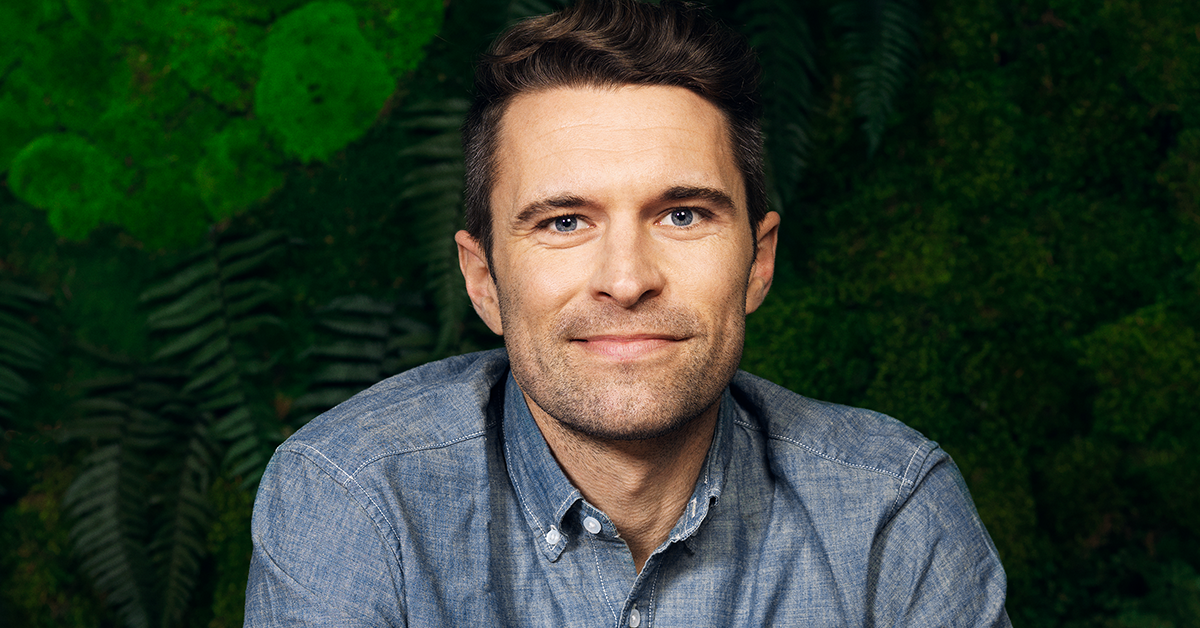 Many entrepreneurs will tell you that what they’re doing now is not what they initially set out to do. Making major professional changes—even mid- to late-career—can often lead to more fulfilling and successful outcomes. That’s what our series The Pivot is all about. Each month, we speak to founders, business leaders and entrepreneurs about how—and why—they changed course and found success in an entirely different industry. Here, we speak to Tim Brown, the co-founder and CEO of wool-shoe brand Allbirds.

​​Growing up in Wellington, New Zealand, Allbirds co-founder Tim Brown harboured two separate ambitions: to become a professional soccer player and a designer. As a youth he played on various soccer teams like the Miramar Rangers, but at the same time he grew up attending film festivals and theatre productions with his mom and began to dream of a profession where he could be creative.

Brown’s coaches would always impress upon him how unlikely it was he would ever have a successful career in professional sports, but his incredible drive—and desire to prove people wrong—earned him a soccer scholarship at the University of Cincinnati at age 17. Academically, he studied design. “I knew in some shape or form that was what I would be doing for the rest of my life,” he says.

But Brown’s sports career began to pick up momentum after graduation when he joined Australia’s professional soccer club the Newcastle Jets in 2006. There, he met coach Ricki Herbert, who had played on the New Zealand team that made it all the way to the World Cup in 1982. Herbert proposed that with years of hard work and training, Brown could be part of a team that qualified New Zealand for the World Cup in 2010.

Brown migrated back to New Zealand and began chasing his newfound dream with fervour and dedication. “That feeling of being part of a group going after something was really powerful,” he says. The years of the hard work paid off: Brown was vice-captain of the New Zealand team that played in the 2010 World Cup.

After achieving his goal, he decided to leave soccer and pivot. In 2012, Brown retired from the sport and enrolled in the London School of Economics, where he planned to learn the business skills required to launch the wacky idea he had been working on off the field for years: a wool performance sneaker.

The idea started back in 2007, after Brown read a magazine article about how New Zealand’s wool industry was in steep decline. In 1983—its “peak sheep” years—the country was home to 70 million sheep, but had since dropped to 39 million due to factors like a declining global wool industry and stiff overseas competition. He began to dream of a way to boost the industry again. As an athlete, Brown was used to being sent heavily-logoed, synthetic sneakers by athletic brands, and began to envision the opposite: a minimalist running shoe that’s most distinguishing characteristic was its plainness. He wanted the shoe to be made from natural, biodegradable wool. He applied for—and won—an innovation grant from the New Zealand government to develop a wool fabric for use in footwear.

By the time he found himself on exchange at Northwestern University in former Walmart.com CEO Carter Cast’s entrepreneurship class, he had already gone through several prototypes of the wool sneaker. After Brown pitched his vision, Cast took him aside and told him that while he didn’t think the business idea was very good, he seemed to have more determination about his project than most students. “He said, ‘Why don’t you put it on Kickstarter so you can fail and get on with it?’” Brown recalls.

Taking Cast’s advice, Brown filmed a video of himself talking about the sneakers amidst a flock of sheep and New Zealand’s verdant hills, and uploaded it to Kickstarter in 2014. Brown managed to sell 1,000 pairs of sneakers in four days. He found a footwear manufacturer in Portugal on the internet who produced the shoe. “I ended up with $20,000 in sales before I had to shut it down,” he says. There was only enough fabric in existence to make the 1,000 pairs.

While the initial concept of a cozy merino wool sneaker resonated, Brown describes the early years as a slog. “Making shoes is difficult, but making shoes when you don’t know what you’re doing and have no capital is even harder,” he says. He had spent all his savings on the idea, and while he had one investment offer, he wasn’t sure there was a path forward for his business.

Around the time he was planning to throw in the towel, a guiding light came in the form of an early Kickstarter customer, San Francisco-based biotech engineer Joey Zwillinger. (Brown and Zwillinger’s wives were friends.) The sustainability-minded Zwillinger saw potential in Brown’s idea, and shortly after discussing investment opportunities, Brown was on a plane to visit Zwillinger and the pair spent a number of days imagining what the business could be. “I had a very clear vision for the product, and he had an equally clear vision for a world that was going to fundamentally need to rethink the products they used every day,” Brown says.

Together, they predicted that the global apparel and footwear industry—the latter is expected to reach US$440 billion by 2026—would need to become more sustainable, so they decided to bet on Brown’s idea. Shortly after, Brown and his wife moved to San Francisco, and Zwillinger and Brown got to work. The pair raised US$2.7 million in seed funding and launched Allbirds in 2016 with a single product: the wool runner, available in several different colours.

The company was a certified B Corp from the beginning, meaning its mission was to “balance profit with purpose.” The shoes swiftly developed a cult following among the start-up crowd. The Wall Street Journal proclaimed them “Silicon Valley’s favourite sneaker,” a status symbol for the type of person inclined to, “[beg] for a Clubhouse invite and [worship] Elon Musk.”

At the same time as Google founder Larry Page was rocking a pair of Allbirds, Brown was learning how to build a team, define company culture and plan out a retail strategy. “It was a whirlwind,” says Brown. “We sold a million dollars in our first month and a million pairs in our first year and a half. We really tapped into some sort of desire.”

Allbirds launched their first retail store in San Francisco in April 2017 and in less than six years, they’ve expanded to over 50 retail stores globally—including a new store in Toronto’s Yorkdale Shopping Centre—with a workforce of 1,000 employees. The business has come a long way since the single product days too, now offering a multitude of simple sneaker styles derived from natural materials like eucalyptus fibre and sugar cane as well as apparel. This year the brand launched the world’s lowest-carbon sneaker in collaboration with Adidas.

In November 2021, the company went public on the Nasdaq under the ticker symbol BIRD, and was valued at US$4.1 billion. The stock has since dipped but Brown isn’t concerned. “That’s the funny thing about success, you have a little bit of it and then things get harder,” he says. Despite the challenges, Allbirds is in it for the long haul. The company just launched its new Tree Flyer and Sugar Series and continues to invest in materials that make the shoe production process more sustainable. Brown believes that with hard work, Allbirds has the ability to become a 100-year-old brand and build a legacy for generations to come. “I’ve never felt clearer about the path forward.”