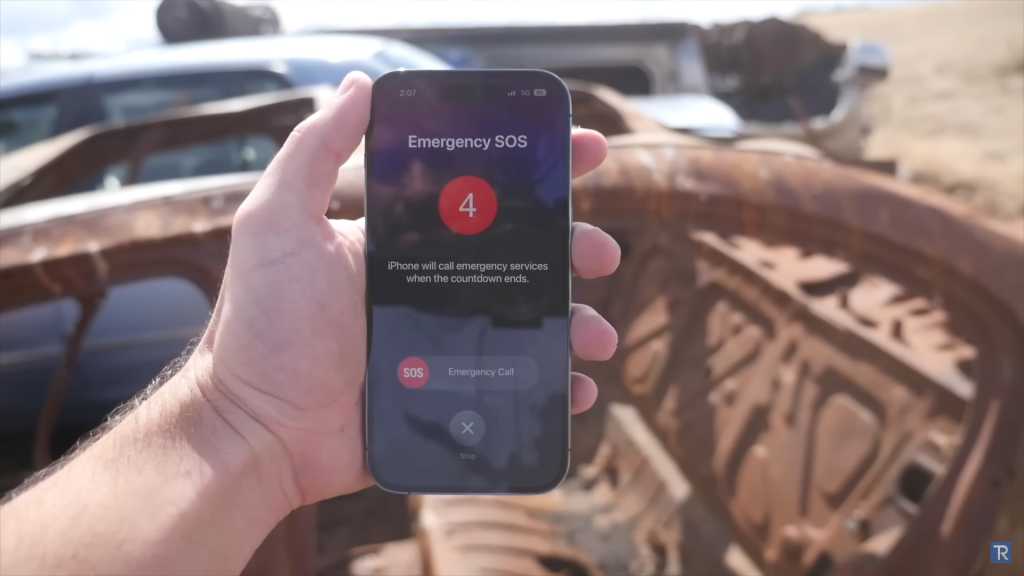 Apple talks a good game, but tech experts tend to be skeptical about the company’s latest hardware until they can test it out for themselves. Which is a problem if you’re talking about a feature designed for literal car crashes.

Nevertheless, TechRax was undeterred by the obvious difficulties and set up a test to see if the iPhone 14 Pro’s crash detection feature was all it was cracked up to be. The YouTube channel’s high-octane test, in a video posted on Wednesday, involves a remote-control car being driven three times into a car wreck at high speed, an iPhone 14 Pro, a GoPro recording all the data, and a lot of running around.

The first test is a wash-out as the moving car merely glances off the wreck and carries on. (The remote controls do not appear to include steering, brakes or any other ability to reduce speed.) But this itself is valuable info, suggesting that Apple’s engineers have done a decent job of avoiding false positives. Based on the GoPro footage the contact was light, but the phone’s accelerometer must have detected a certain amount of deceleration and chosen to discount it.

Subsequent testing manages to recreate more substantial collisions, and in both cases the iPhone 14 Pro’s crash detection kicks in as expected, initially triggering a siren and then threatening to contact emergency services if not deactivated manually. The testers do so for obvious reasons.

So all appears to be well with Apple’s potentially life-saving new hardware feature, which follows on the heels of the Apple Watch Series 4’s fall detection in 2019. Macworld’s reviewer for that product, incidentally, threw himself to the floor several times to test the feature, and was roundly mocked for this in the office. But truly committed reviewers know that no physical danger is too much when seeking to provide accurate buying advice.