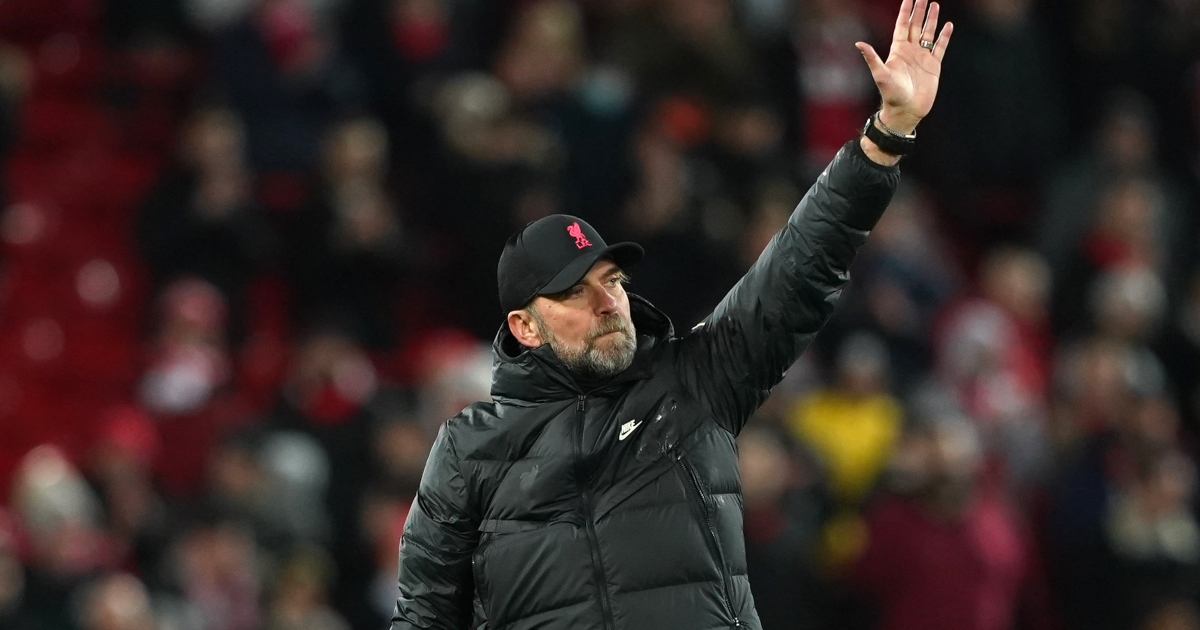 Jurgen Klopp insists Liverpool are only concentrating on winning football matches with Man City nine points clear at the top of the Premier League.

The Reds beat Leicester 2-0 on Thursday evening thanks to a brace from in-form attacker Diogo Jota.

The victory leaves Liverpool nine points behind league leaders City, with a game in hand.

Liverpool questions and mistakes worth well over £200m

“Leicester are a really good team,” Klopp told BT Sport (via BBC Sport). “The set-up was a little like they played against us in the first league game. I don’t think they had too many finishes but they had moments that we had to defend.

“We had the bigger chances and we deserved the win. It was for sure not the best we ever played but it was really good enough to win.”

Jota made it five goals in his last four appearances for Liverpool with his brace against the Foxes.

“The second goal is a brilliant goal,” Klopp said. “A counter-press. I love it.

“Jota with a little genius moment to put it into the right spot. The first goal is really when you are in a goal-scoring moment then you are there. He is in that. Really happy for him and for us.

“We had a sense it could happen. He is not a bargain or whatever and we did not get him for free! But we hoped. He is still a young lad. We create more chances than Wolves did in all respect. We really thought he would be an outstanding player. He was already but he has improved for sure.”

January signing Luis Diaz made his first league start for the Reds on Thursday evening, and Klopp has waxed lyrical about the winger’s performance.

“That is exactly how it looked in the training session,” he said. “He watched us and we showed him a lot of situations. It looks natural. It is really quick I must say. Really, really good performance. He had some outstanding moments.”

On closing the gap on Man City, Klopp said: “I don’t think they smell our breath already! But we just try to win football matches.”