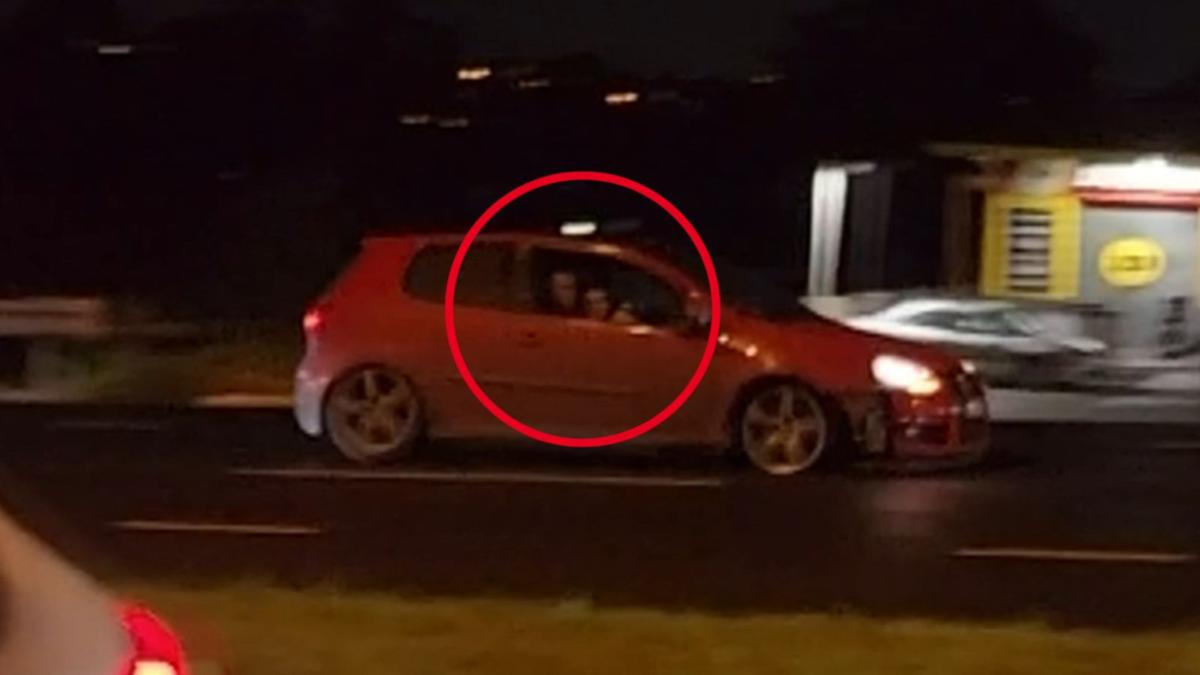 A man who allegedly led police on a dramatic three-hour pursuit through Melbourne was discovered having sexual intercourse with his female passenger when the vehicle was finally pulled over.

The 27-year-old Fawkner man was with a 23-year-old woman when he allegedly drove the red Volkswagen Golf 100km/h over the speed limit on Minns Road in Kurunjang about 11.45pm on Sunday.

Police chased the car and deployed tyre spikes at an intersection, puncturing two tyres. But while the car slowed when the tyres were taken out, the driver allegedly did not pull over.

Officers then called in the Air Wing to also pursue the vehicle around the Melton area before it returned to the Western Highway.

At this stage, the Volkswagen could only drive at about 40km/h due to the front wheels being down to the rims.

Police cleared other traffic ahead of the car and deployed more spikes at the Domain Tunnel.

The car stopped near Montague Street in South Melbourne just before 3am.

7NEWS understands police found the man and woman having intercourse in the car.

They were arrested and the man has been charged with dangerous driving, unlicensed driving, committing indictable offences whilst on bail, breach of bail and possessing a controlled weapon.

The woman was released without charge.

No one was injured during the incident and police have urged anyone with information or dashcam footage to contact them.

– With additional reporting by Cassie Zervos and Warren Barnsley