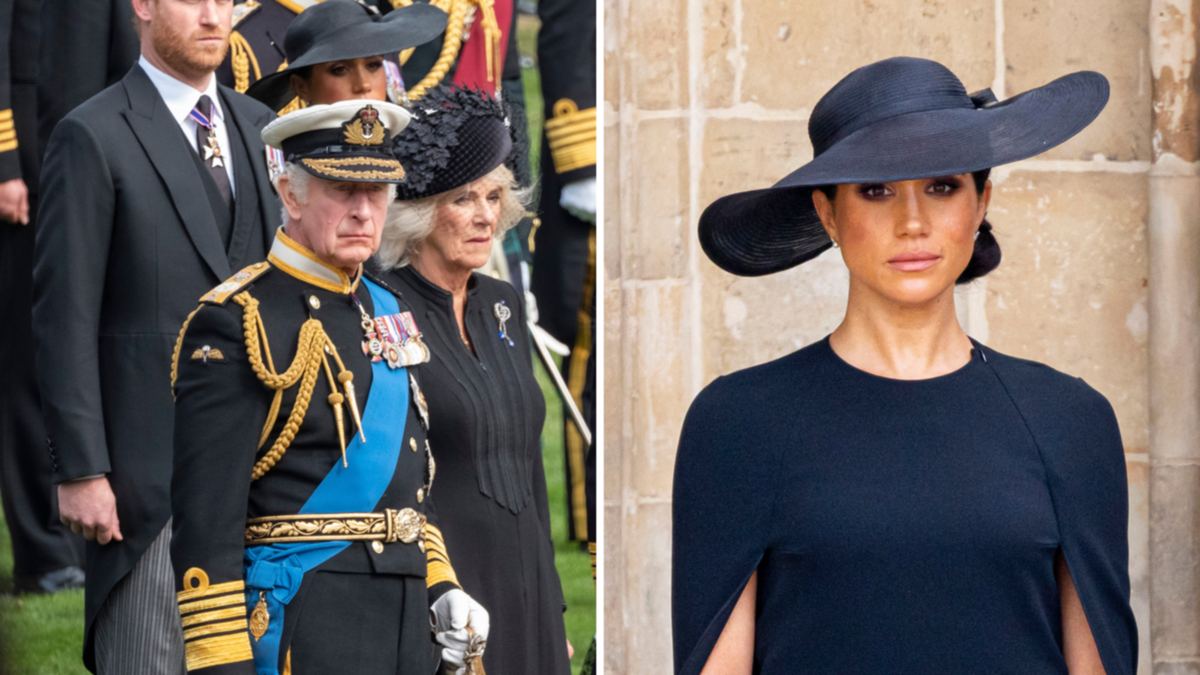 A royal reporter’s claim that Meghan, Duchess of Sussex had written a letter to King Charles after Queen Elizabeth’s death demanding a one-on-one meeting has been shot down as “very unlikely.”

Neil Sean, a US-based entertainment correspondent who has worked with media outlets such as NBC and Access Hollywood, said he had heard from a “very good source” that Meghan had requested a private audience with Charles before she and Prince Harry returned to the US.

However, King Charles has left England for Scotland, returning to the Balmoral estate where his mother died on September 8 at the age of 96.

With Harry and Meghan keen to return to their children Archie and Lilibet, who are being cared for at home in Montecito, California, and King Charles now in Scotland, a meeting is likely not on the cards, a royal source said.

There has been no official comment from any of the royals on whether Meghan requested, or was granted, a private meeting with the King.

But other royal observers have noted that if such a meeting was requested down the track, King Charles would be unlikely to ignore or refuse it.

Charles spoke of his “love” for Harry and Meghan in his first public address as King, and is reportedly keen to mend fences.

That desire was indicated by his intervention to allow Harry to wear military uniform when guarding the Queen’s coffin at Westminster Hall last Saturday.

Harry, who saw action on the front line during two tours of duty in Afghanistan, has previously been denied the chance to wear his military uniform as he publicly mourns, because he is no longer a working royal.

But royal sources said the King decided his youngest son could wear uniform for the vigil.

He’s been alone and adrift over these strange 10 days. Has the Harry we loved gone for good?

Neil Sean’s YouTube video in which he claimed Meghan had requested an audience with the King has had nearly 300,000 views.

“It’s a very brave move from Meghan herself.

“It would be an opportunity to clear the air, pull the rights from wrongs and explain some of the rationale behind what they’ve been doing over the last two years.

“Now, you know, you have to admire Meghan’s self-belief, whatever you think.”

From black hats to brooches, funeral guests wore quiet tributes to the Queen