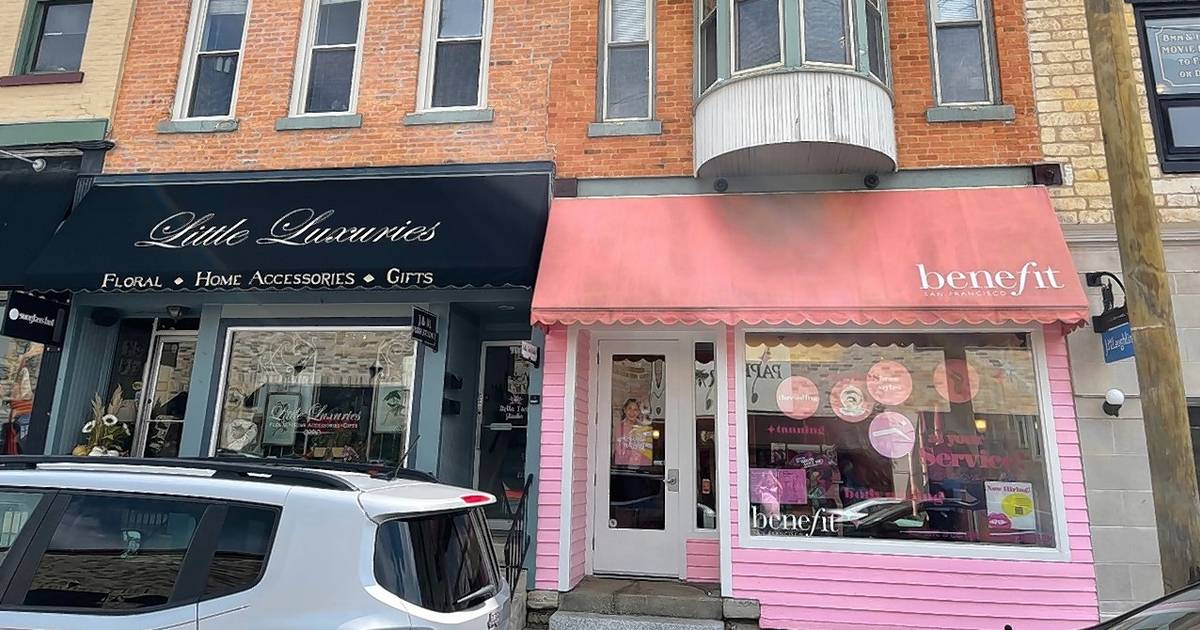 Downtown Naperville is keeping its touch of pink.

The owners of the building at 212 and 214 S. Main St. successfully appealed to the city’s planning and zoning commission to allow one of their tenants, Benefit Cosmetics, to keep a new exterior pink color scheme, despite a complaint that it doesn’t comply with downtown design standards established in 2011.

Chris and Susan Finck told city officials the color was changed from yellow to pink as part of a new branding strategy by Benefit Cosmetics. According to city code for downtown buildings, bright colors can be used only as an accent color and cover only 25% of a facade.

The owners apologized for not checking with the city before allowing the change, but officials still recommended the exterior be repainted to an approved neutral color.

Planning and zoning commissioners disagreed with the staff recommendation, unanimously backing the owners’ appeal and allowing the pink color to remain.

“These stores are fighting to survive and they’re getting creative,” Commissioner Whitney Robbins said.

“As a city who wants economic development and growth, we need to embrace that.”

Commissioner Oriana Van Someren pointed out the context of the cosmetic shop in relation to the entire building, including the second story and next-door tenant that remain unchanged. She argued the pink encompasses much less than 25% of the entire building.

“We’re talking about such a small space,” she said. “I don’t have a problem with this.”

Last year the commissioners frowned upon the paint scheme of a dripping ice cream effect at JoJo’s Shake Bar on Jackson Avenue, but that business actually adhered to the 25% rule. Even though the city staff said Benefit Cosmetics didn’t comply, the commissioners agreed with Van Someren that the pink color should remain based on the percentage in relation to the entire building.

Susan Finck acknowledged they should have confirmed the color change with the city, but she also noted the many other downtown businesses with nonneutral color schemes, including colorful window displays that are just as prominent as exterior paint.

“If you walk around downtown and look at the some of the other buildings, when you say some of the colors are super neutral, I don’t think that’s what everybody out there is doing,” Finck said.

Sara Kopinski, community planner for the city, said many of those buildings were grandfathered in after the 2011 guidelines were established, while other businesses were granted variances.