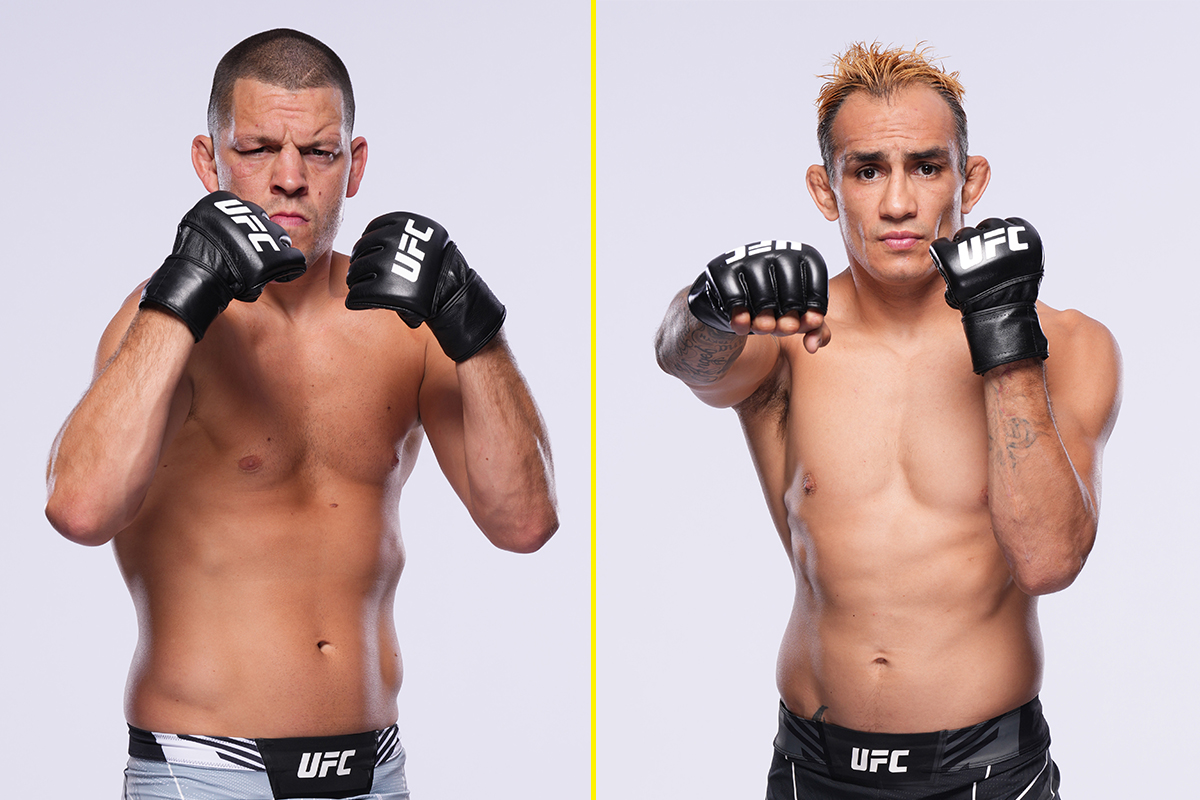 Nate Diaz will now fight Tony Ferguson in the main event of UFC 279 on Saturday night in Las Vegas.

Diaz was initially set to face Khamzat Chimaev in a highly anticipated showdown, only for the undefeated star to come in 7.5lbs overweight at Friday’s weigh-in and scupper the bout as a result.

The fight was agreed at a weight of 171lbs.

Diaz stepped onto the scales first and hit that number exactly.

Chimaev arrived later than his opponent and scaled 178.5lbs – 7.5lbs over the limit.

He was given an additional hour to lose the extra weight, but made no attempt to do so.

It would of course have been almost impossible for him to be able to drop 7.5lbs in this time.

Thankfully though, Ferguson was also scheduled to be on the card against Li Jingliang.

Ferguson weighed in at 171lbs for that bout shortly before all the drama unfolded with the main event.

The UFC spent an extended period of time working out a solution on Friday, but ultimately found the following resolution.

Diaz vs Ferguson will now be the five-round main event at 171lbs.

Also on the card, Chimaev will fight Kevin Holland over five rounds at 180lbs after the pair clashed before the press conference which was cancelled on Thursday.

And, as a result Li Jingliang is set to face Daniel Rodriguez, also at 180lbs.