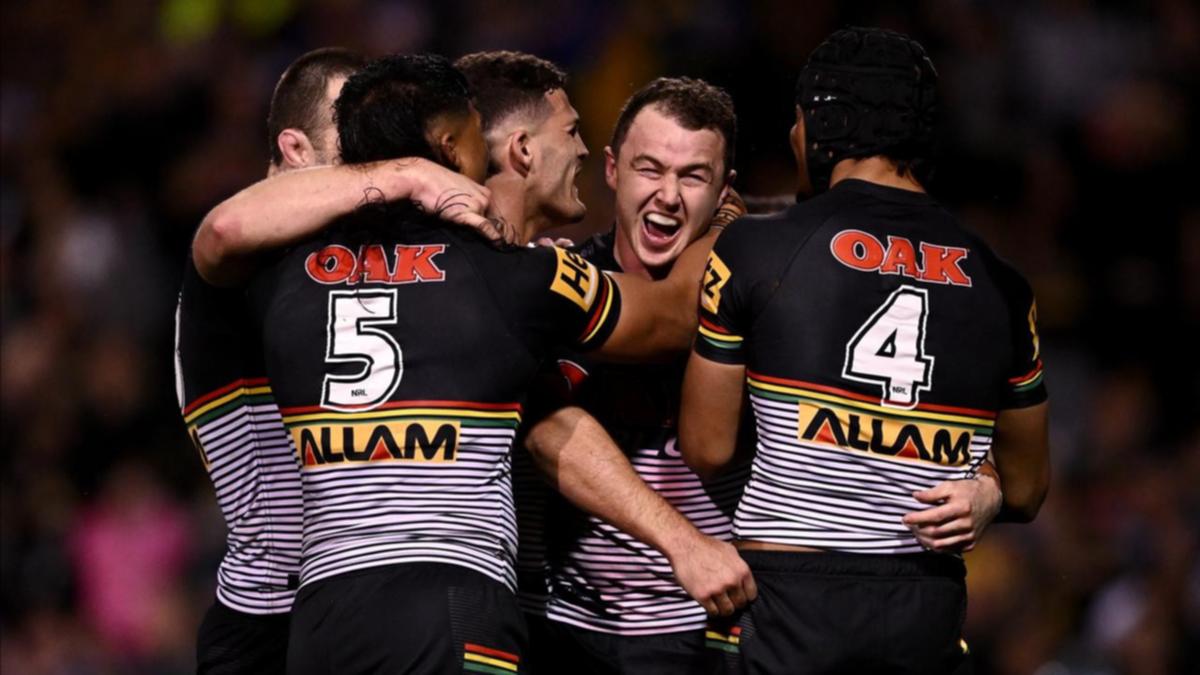 Nathan Cleary has produced an all-time great finals performance to take Penrith to within a win of their third straight NRL decider with a 27-8 victory over Parramatta.

In a sparkling start to the NRL finals, Cleary stole the show with a brilliant 10-minute period in the second half to take the qualifying final away from the Eels.

On return from his five-match ban for a dangerous tackle, the NSW No.7 terrorised the Eels with his kicking game and had a hand in all four Penrith tries.

An ugly head knock for halfback Mitch Moses, who looked rattled after being collected trying to make a tackle, added to Parramatta’s woes.

But by that point, the Panthers were already well on top with the Eels’ staring down the barrel of another do-or-die semi-final.

Cleary three times forced errors out of Eels winger Waqa Blake, who had a nightmare trying to field his former teammate’s bombs.

Cleary also nailed a 30-metre field goal on halftime for a 7-6 lead, before exploding into action when the Eels took a one-point lead early in the second half.

Sensing Blake was down on confidence, Cleary again forced an error out of the former Panther with another towering kick that hung in the air for several seconds.

From the ensuing set, the Panthers No.7 swung the play to the right, gave Stephen Crichton space with early ball and helped him put Brian To’o over.

Cleary then grubber-kicked early for Dylan Edwards to score eight minutes later, before dummying his way into space and putting James Fisher-Harris over in the next set.

Parramatta now find themselves in the same spot they have in four of the past five years, with a match against Melbourne or Canberra next Friday to advance to a preliminary final.

Whether they will have Moses available is also in question, with a seven-day turnaround meaning he will need clearance from an independent neurologist if diagnosed with concussion.

Moses had earlier kicked nicely in the first half before his injury, while Reed Mahoney was one of the Eels’ best as he put Oregon Kaufusi over for the Eels’ only try.

Penrith also have some concerns.

Winger Taylan May left the field with a leg injury late in the match, after also being sin-binned for a high shot early in the match after controversially being allowed to play by the NRL.

Prop Spencer Leniu was also placed on report for a high shot on Isaiah Papali’i, with anything greater than a grade-one charge set to see him at risk of missing matches.