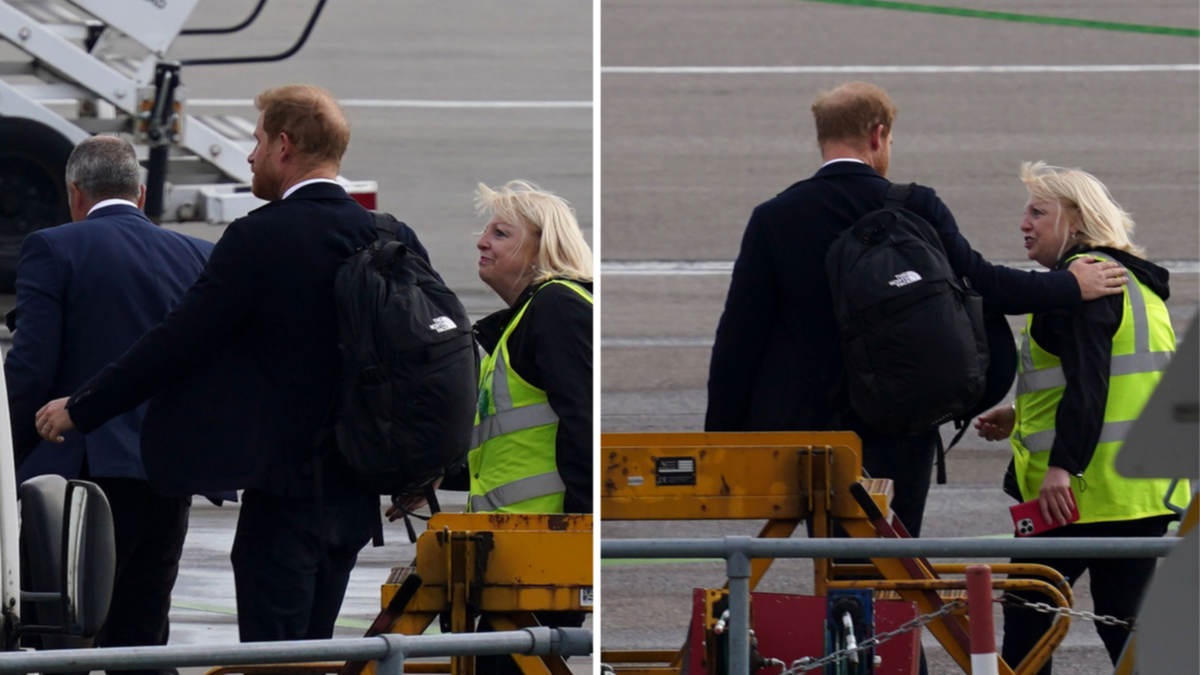 Prince Harry has been spotted leaving Scotland after the death of his grandmother, Queen Elizabeth, who died at Balmoral on Thursday local time.

He was seen boarding a British Airways plane at Aberdeen Airport after a last-minute dash to Scotland.

WATCH THE VIDEO ABOVE: Prince Harry ‘visibly upset’ as he arrives at Balmoral

Sadly, Prince Harry touched down in Scotland just as his grandmother’s death was being announced.

His wife Meghan did not fly to Scotland with him.

Royal commentator Angela Rippon told 7NEWS the atmosphere would have been “very tense” at Balmoral and that Prince Harry would have “deep regret” he had not visited his grandmother before her death.

An airport worker was seen consoling Harry, 37, as he walked along the tarmac.

The Duke of Sussex is now expected to stay in the UK until his grandmother’s funeral, the date of which is likely to be announced soon.

He had made an emergency dash after learning that the Queen only had hours to live, but arrived about 90 minutes too late.

Royal family tree: Who’s who in the line of succession

Earlier Prince Harry had been pictured arriving in a black car at Balmoral looking distressed and holding his hands to his head.

He left Balmoral about 12 hours after he arrived – reportedly the first royal to leave Balmoral.