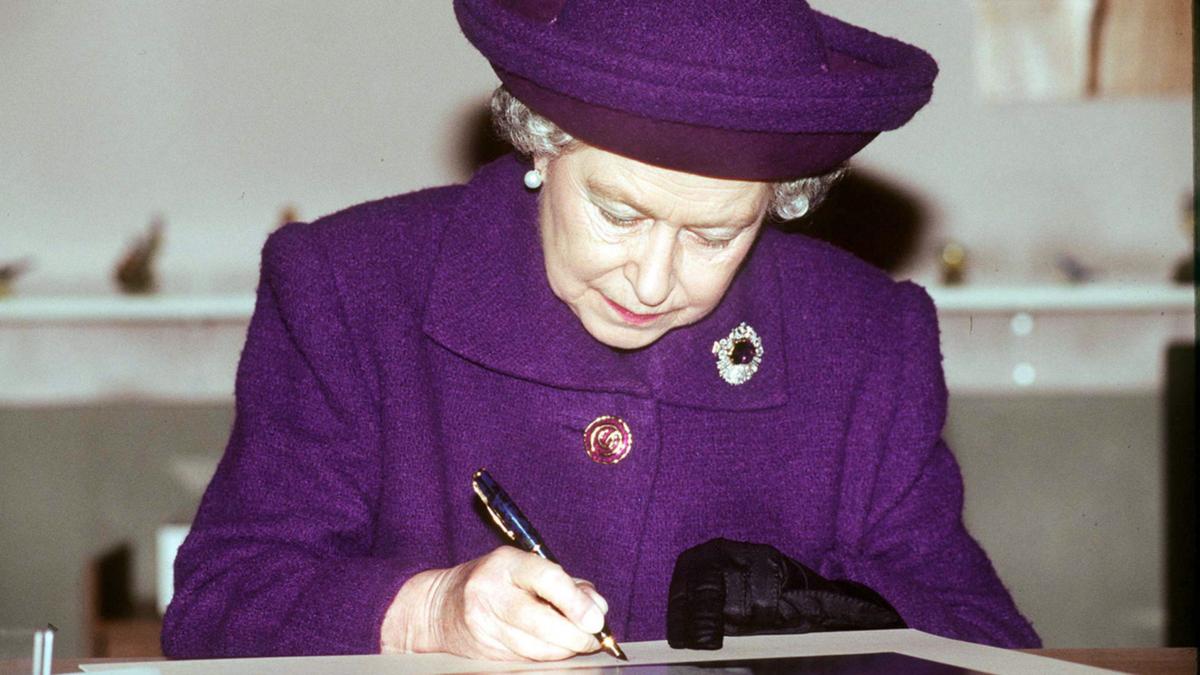 A secret letter written by Queen Elizabeth is locked inside a vault in a historic Sydney building and cannot be opened for another 63 years.

The handwritten note was completed in November 1986, after the Queen Victoria Building in the Sydney CBD was restored, and it’s addressed to the people of Sydney.

WATCH THE VIDEO ABOVE: The Queen’s death ‘happened so quickly’

It sits inside a glass case in a restricted area and nobody knows what the letter says – not even the Queen’s personal staff.

Addressed to the Lord Mayor of Sydney, the instruction reads: “On a suitable day to be selected by you in the year 2085 A.D, would you please open this envelope and convey to the citizens of Sydney my message to them.”

It is simply signed, “Elizabeth R.”

The Queen Victoria Building, or QVB as it is popularly known, was opened in 1898 and named in honour of Queen Victoria’s Diamond Jubilee the year before.

Queen Victoria was the great-great-grandmother of Queen Elizabeth.

When is Queen Elizabeth’s funeral due to be held?

Elizabeth, who became Queen in 1952, visited Australia 16 times – the first time just two years after she was crowned.

She was only 27 – and the first reigning monarch to visit Australia.

It was estimated that about one million people turned out to see her in Sydney.

Elizabeth and her husband, Prince Philip, returned in 1963 and visited regularly throughout the ensuing decades.

Her last visit to Australia was in 2011, when she met with then-Prime Minister Julia Gillard.

Alone in grief: What happens next to Harry and Meghan?