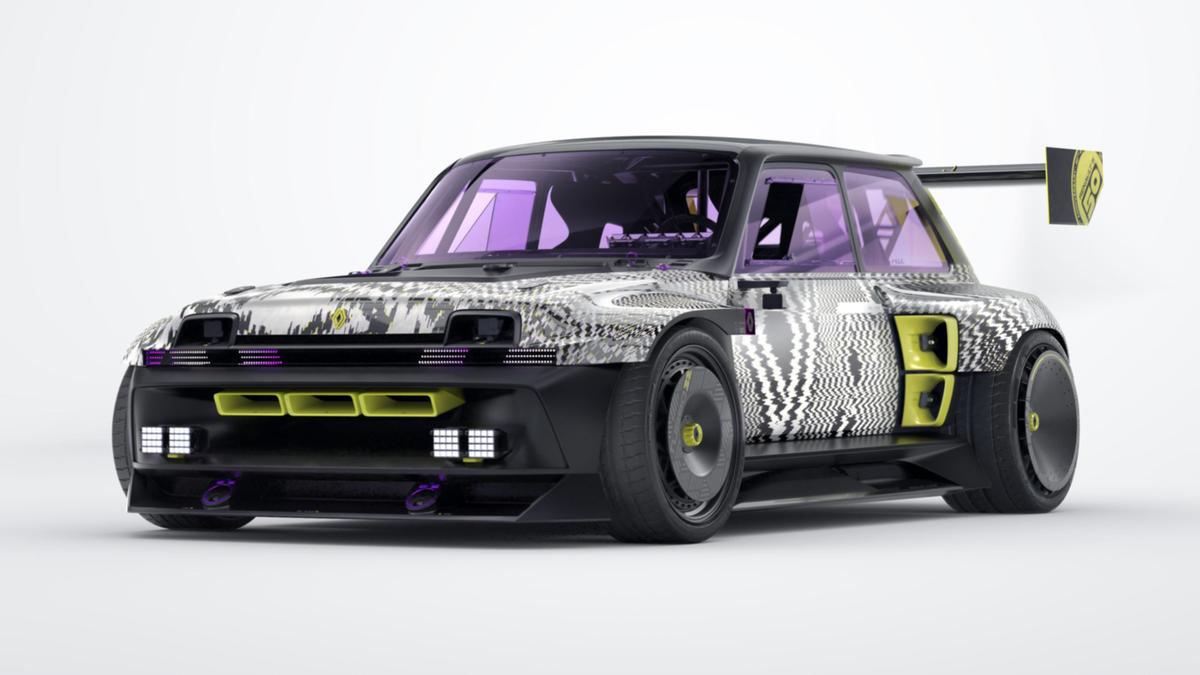 Renault’s electric car strategy involves not only mining for minerals, but also digging up the company’s past, with the Renault R5 Turbo 3E recalling the brand’s rallying salad days.

In the same vein as the Porsche Taycan Turbo models, the R5 Turbo 3E is a fully electric car that references non-existant turbochargers for the historical reasons.

Renault says the show car is named Turbo 3E as it is a follow up to the 5 Turbo and the 5 Turbo 2, with the E suffix denoting its pure electric drivetrain.

According to Renault, the Turbo 3E is designed to drift, and as such has two electric motors, one for each of the rear wheels, generating a total of 280kW and 700Nm.

A smallish 42kWh lithium-ion battery pack is said to be good for “several laps or a raging gymkhana”, and tips the scales at only 520kg.

Coupled with a tubular chassis, FIA-approved roll cage, flat underbody and body that weighs just 980kg, the Turbo 3E is said to be able to complete the 0-100km/h dash in 3.5 seconds and hit a top speed of 200km/h.

Speaking of gymkhanas, the Turbo 3E comes with a 50-degree steering angle to make avoiding obstacles easier. To help drivers go viral there are ten camera mounting points on the exterior and inside the cabin.

The automaker says some of the R5 Turbo 3E’s retro styling elements have functional purposes, including the “air inlet” in the bonnet that houses a charging socket, while the front bumper’s intakes cool the motors and provide downforce.

Meanwhile the car’s front and rear pink, blue and yellow LED strips flash whenever the vehicle goes into a drift.

Being a track-oriented vehicle, the Turbo 3E is equipped with a steering wheel and carbon-fibre bucket seats from Sabelt, and an upright handbrake lever.

To lighten the car’s mood a little, the concept comes with a teddy bear named Drifty, while one of the pink Plexiglass windows is adorned with a “La vie en rose” sticker.

The Renault R5 Turbo 3E will make its in-the-flesh debut at the Chantilly Arts & Elegance show on September 25 before appearing at the Paris motor show in mid-October.

The French automaker is planning to go electric-only by 2030 in Europe. In addition to the Zoe and Megane E-Tech hatches, Renault has confirmed there will be production version of the retro 5 Prototype.