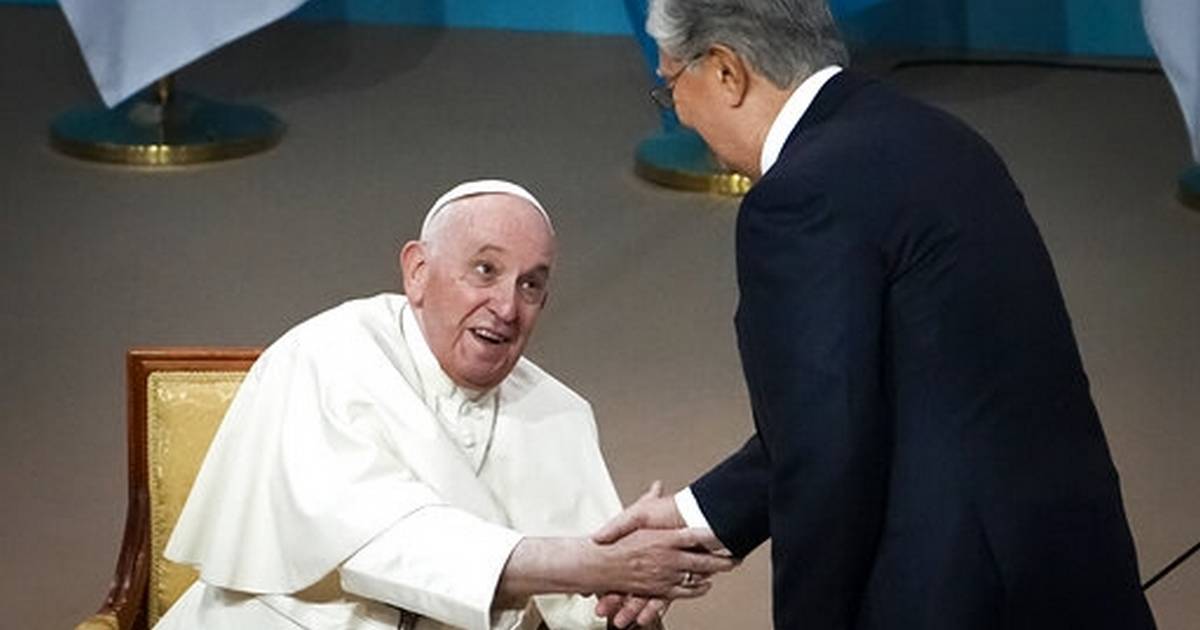 NUR-SULTAN, Kazakhstan — Russia’s war in Ukraine and the Holy See’s strained relations with China are the backdrop to Pope Francis’ visit this week to the former Soviet republic of Kazakhstan, where he is ministering to a tiny Catholic community and participating in an interfaith conference aimed at promoting peace and dialogue.

Francis was flying Tuesday to the Kazakh capital of Nur-Sultan to meet with President Kassym-Jomart Tokayev during the state visit portion of the three-day trip. On Wednesday and Thursday, he participates in an interfaith meeting with more than 100 delegations of Muslim, Christian, Jewish, Buddhist, Shinto and other faith groups from 50 countries.

The most noteworthy aspects of Francis’ visit might be missed opportunities: Francis was supposed to have met with the head of the Russian Orthodox Church on the sidelines of the conference. But Patriarch Kirill, who has justified the war in Ukraine, cancelled his trip last month.

Francis is also going to be in the Kazakh capital at the same time as Chinese President Xi Jinping, who is making his first foreign visit since the coronavirus pandemic. But the Vatican says there are no plans for Francis to meet with Xi, who is not attending the congress. The Holy See and Beijing haven’t had diplomatic relations for over a half-century and the two sides are finalizing the renewal of a controversial deal over Catholic bishop nominations in China.

Both of which focuses attention on the interfaith conference, an important triennial event for Kazakhstan, a country that borders Russia to the north, China to the east and is home to some 130 ethnic groups. It’s a showpiece of its foreign policy and a reflection of its own multicultural and multiethnic population that has long been touted as a crossroads between East and West.

Darhan Qydyrali, minister of information and social development, said the presence of world religious leaders in the country was fully in Kazakhstan’s national interests. ‘We invited them and hoped that Patriarch Kirill will also participate,” he told The Associated Press on the eve of the congress. “All in all, I think the congress will give an example that other issues can be also solved through the dialogue of religions.’

When St. John Paul II visited in 2001, 10 years after independence, he highlighted Kazakhstan’s diversity while recalling its dark past under Stalinist repression: Entire villages of ethnic Poles were deported en masse from western Ukraine to Kazakhstan beginning in 1936, and the Soviet government deported hundreds of thousands of ethnic Germans, Chechens and other accused Nazi collaborators to Kazakhstan during World War II. Many of the deportees’ descendants remained and some of them make up the country’s Catholic community, which only numbers about 125,000 in a country of nearly 19 million people.

Sophia Gatovskaya, a parishioner at Our Lady Of Perpetual Help Cathedral in the capital, said she attended that first papal visit and that it has borne fruit to this day.

Associated Press religion coverage receives support through the AP’s collaboration with The Conversation US, with funding from Lilly Endowment Inc. The AP is solely responsible for this content.