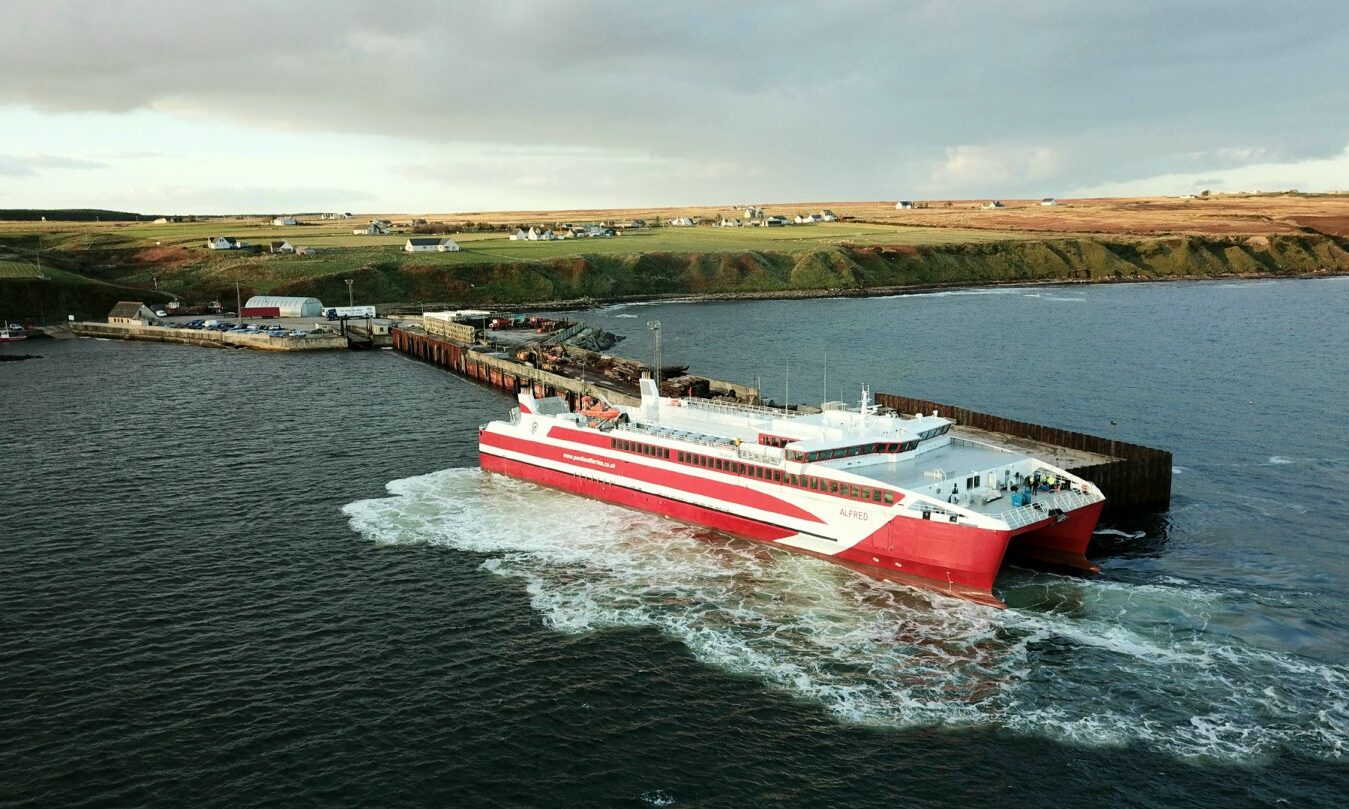 Six passengers who were injured when a Pentland Ferries vessel grounded off Orkney are seeking compensation.

MV Alfred partially ran aground on the Isle of Swona in the Pentland Firth on July 5 with more than 80 people onboard.

RNLI lifeboats were called to evacuate the ferry – with one person being rushed to hospital with a fractured shoulder.

Dozens more are feared to have suffered mental trauma and physical injuries including fractures, sprains and soft tissue damage.

Solicitor Digby Brown has confirmed it is representing six passengers who are seeking compensation amidst the Marine Accident Investigation Board’s (MAIB) formal investigation into the incident.

Mark Gibson, partner and head of the foreign and travel department at Digby Brown, is supporting those who were injured in the crash.

He said: “Any mode of travelling has its risks but there are clear procedures designed to keep people safe whether there be adverse conditions, mechanical issues or human error.

“For the passengers on board this must have been a shocking ordeal with the injuries and overall chaos impacting each person in a different way.

“The injuries we’re aware of so far relate to fractures, sprains and soft tissue damage but it’s possible there are injuries that are as yet unreported, including those who suffered psychiatric harm.

“Legal proceedings are at an early stage but we will continue to support and advise anyone affected by this significant collision.”

What happened on July 5?

MV Alfred was carrying out a scheduled sailing between Gill’s Bay on the Scottish mainland and St Margaret’s Hope in Orkney when it hit the uninhabited island at around 2pm.

The port bow was grounded but the remainder of the ship remained afloat, making its way to St Margaret’s Hope under its own engine power after the evacuation.

At the time of the incident, a spokeswoman for the MAIB said: “The MAIB was notified of the grounding of the ferry Alfred in the Pentland Firth on July 5 resulting in damage to the vessel, embarked vehicles and passenger injuries.

“A multidisciplinary team of MAIB has arrived in St Margaret’s Hope to commence a preliminary assessment. This will involve assessing the vessel, conducting witness interviews and recovering electronic and documentary evidence in order to determine the next steps.

The vessel returned to service on August 5 after five weeks of repair work in Northern Ireland.