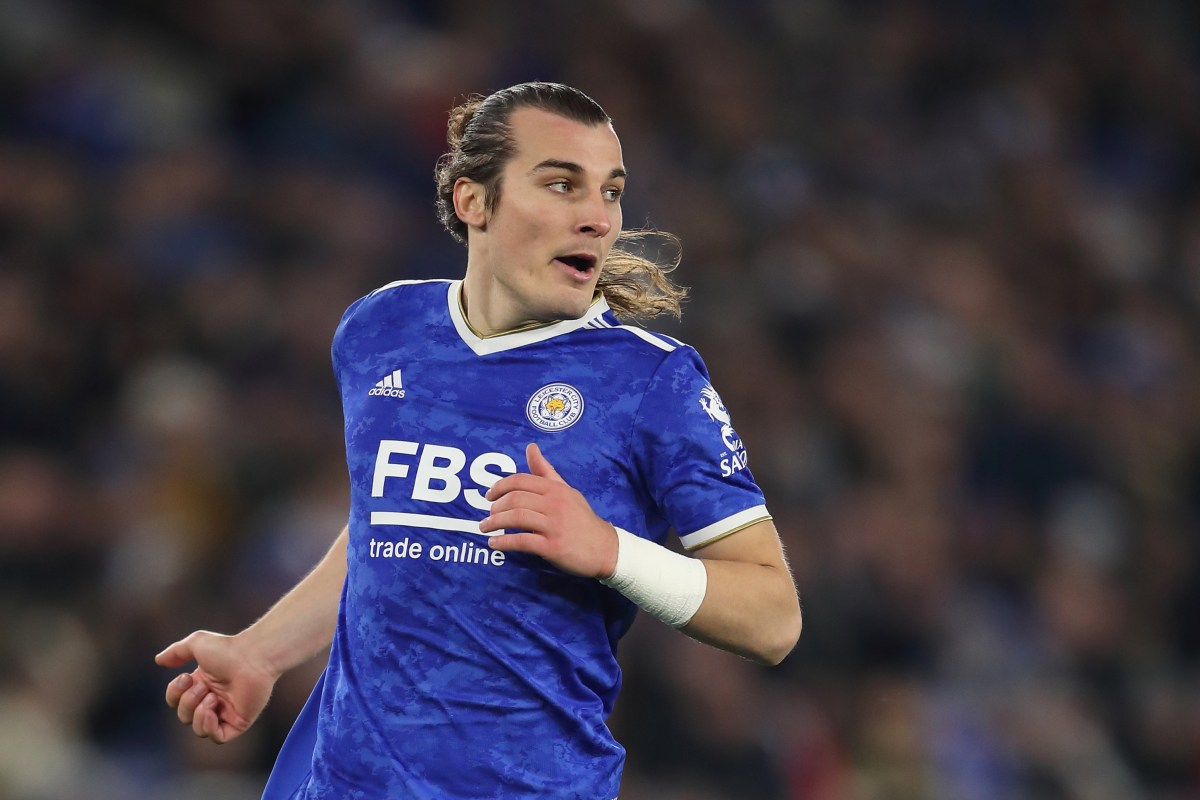 It felt like some part of Leicester broke on Sunday.

Meetings with local-ish rivals Nottingham Forest are rare these days and so for the Foxes to lose 4-1 to the Championship side would have hurt their fans severely.

In fact, one brainless supporter rushed the pitch and tried to fight Forest’s players after the hosts went 3-0 up within 32 minutes at the City Ground.

After the game, Brendan Rodgers delivered a damning verdict, saying: “Our players have to look at themselves in the mirror and prove they are good enough to be here.

“A lot of players have to improve. It was an awful performance. I have to apologise to the fans. That’s the first time since I’ve been here that I was embarrassed.

“Too many players think they are top players but are a long way off.”

The Northern Irishman didn’t single out any players or highlight any specific aspects of his side’s performance but there can be doubt he had defence in mind.

Jamie Vardy (£4.1m) started the campaign with a flurry of goals, Youri Tielemans continues to look a class act in the middle, Patson Daka (£3.3m) appears to be another smart act of recruitment, and James Maddison (£3.9m) has arguably played the best football of his career in the last three months.

Unfortunately, the attacking unit has been undermined by disorganisation and woeful individual form at the back.

They’ve conceded 15 more goals than Brighton, the team immediately above them in the table, despite having played two fewer games in the league.

Even more damning, only Newcastle have conceded more expected goals (xG) per 90 minutes in 2021/22, suggesting that Leicester have actually got away with their awful defending to a certain extent.

No doubt the absence of Wesley Fofana (£3.0m) has been a huge blow this term.

The 21-year-old Frenchman was immense in 2020/21, winning the club’s Young Player of the Season award.

The former Saint-Etienne centre-back broke his leg in an ill-tempered pre-season friendly against Villarreal and hasn’t featured since, though he may return in some capacity this month.

However, the efforts of those fit and selected must be scrutinised.

Daniel Amartey (£1.9m) lacks nothing in desire but is prone to lapses in judgement, Jannick Vestergaard (£1.6m) has looked a shadow of the player he was at Southampton, and the same could be said of Ryan Bertrand (£0.7m).

Then there’s the curious case of Caglar Soyuncu (£1.6m).

The Turkey international looked right at home in his first Premier League campaign in 2019/20 and was rightly named in the Team of the Year.

He wasn’t able to maintain his sky-high standards in 2020/21 but still he was a relatively reliable performer for the most part.

This season, he’s been nothing short of disastrous and his personal decline has typified Leicester’s defence as a whole.

Where before he was imposingly physical and dominant, he’s now clumsy and error-prone.

In hindsight, his on-the-edge style is one that inherently comes with risk, even when he’s playing well.

Paolo Maldini famously said that if a centre-back has to make a tackle then they’ve already made a mistake, the implication being that a lot of defending boils down to precise positioning, close marking and sharp anticipation.

The King Power faithful loved his approach in 2019/20 but now they’re seeing the flip side and it’s not pretty.

In fact, no Leicester defender has more than 23 points (Evans) while Bertrand is languishing on -12, making him the second-worst player in the entire game right now!

Having won the FA Cup and come so close to Champions League qualification in the last two years, the Foxes seem destined for a mid-table finish this season.

Whether Fofana and others returning from the physio room is enough to fix their broken defence remains to be seen but they can’t carry on as they are and expect to challenge for European qualification.

As for Dream Team gaffers, they shouldn’t touch Leicester’s defensive assets with a barge pole.