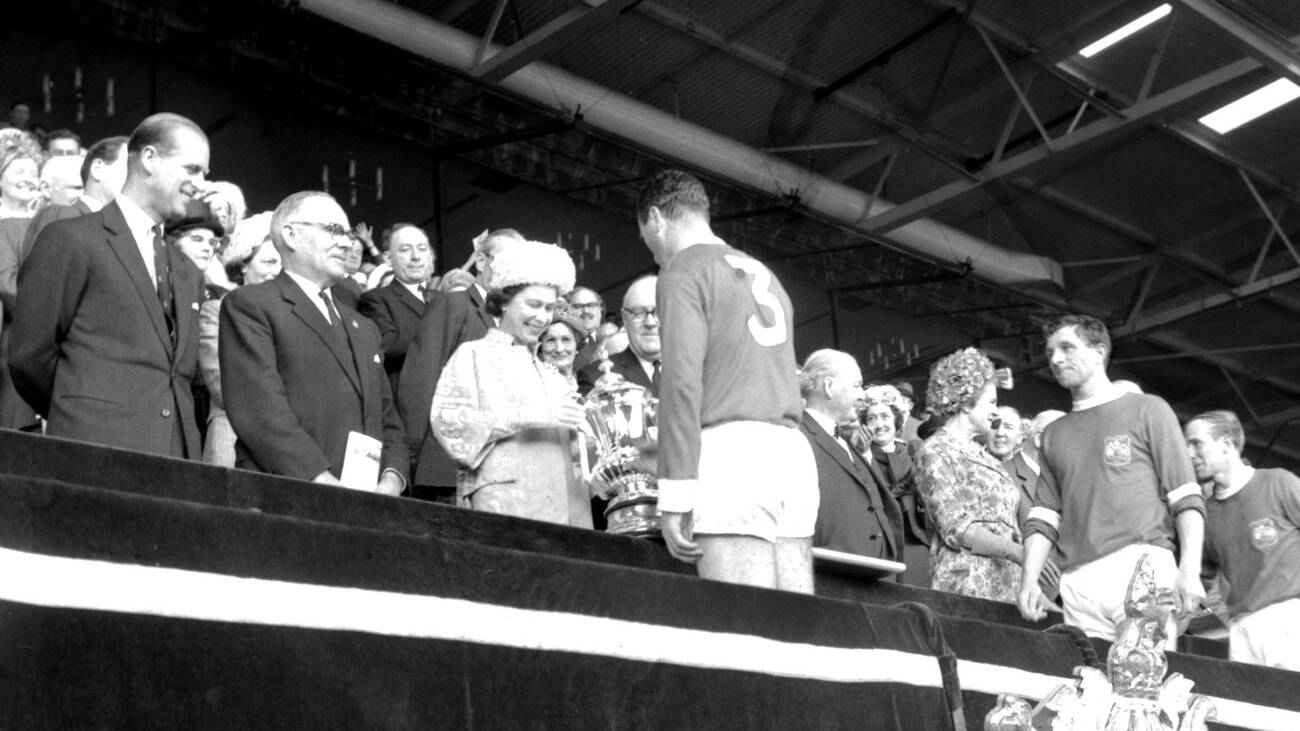 Her Majesty was in attendance at the 1976 FA Cup final between United and Southampton, but trophy presentation duties had passed to the Duchess of Kent the following year, when the Reds defeated Liverpool.

Those joyous Wembley finals in 1963 and 1966 were not the only times the Queen and Charlton met. There was a famous occasion during a royal visit to Kuala Lumpur in 1998, when Her Majesty signed Manchester United footballs presented by two young United fans, aided by Sir Bobby, who was also in attendance. “She didn’t know what to do so I just helped to hold the ball,” Sir Bobby told journalists after. “This is a fantastic honour for Manchester United.”

The balls returned to the official United supporters’ club in Kuala Lumpur where they had pride of place in the clubhouse. A number of years later, Sir Bobby, and Lady Norma Charlton, were guests of honour at a special reception to mark the Queen’s 80th birthday in 2006, held at Buckingham Palace to celebrate people aged over 60 who had made a significant contribution to national life.