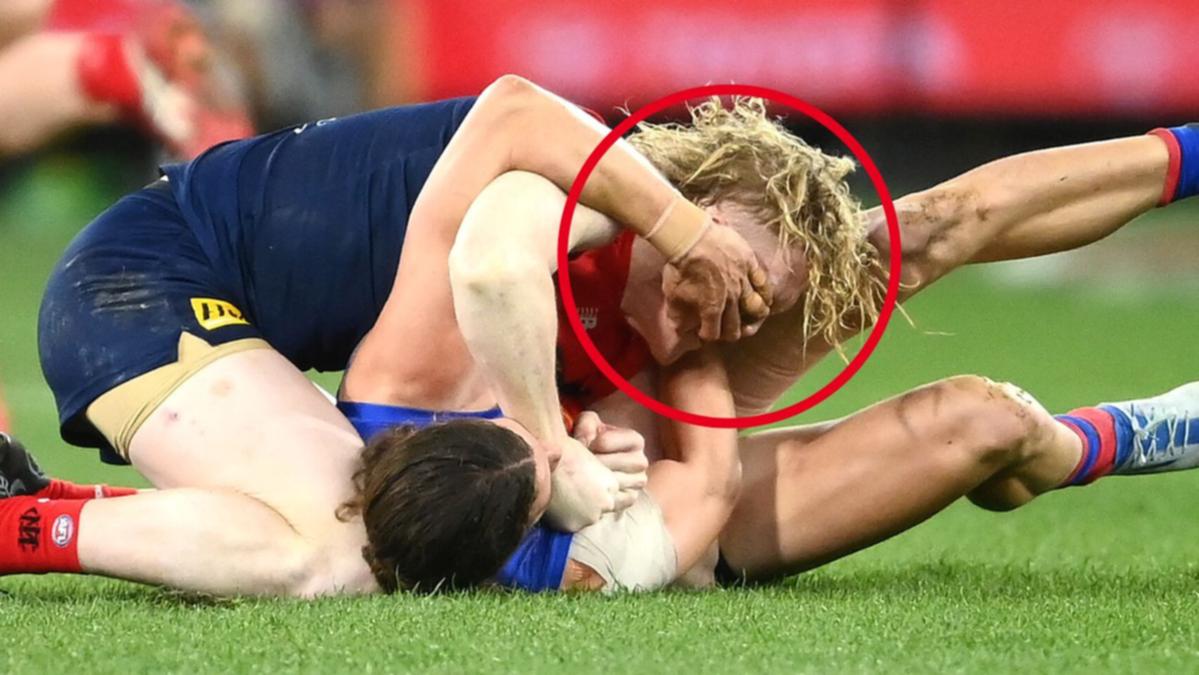 Brisbane Lions star Jarrod Berry could be in hot water with the AFL match review officer after an alleged eye gouge on Melbourne’s Clayton Oliver.

But AFL great Luke Hodge and AFLW star Daisy Pearce both say there is enough evidence to clear Berry of any intentional wrongdoing.

Watch the incident in the video above

But concerns were raised over Berry’s availability for next week’s preliminary final against Geelong after he put a hand to Oliver’s face during the match.

“(But) he’s got a forearm in his face. Both times he reaches, the next reach he grabs the jumper, it’s the same motion as grabbing the jumper.

“He may have grazed the eyes but I know Jarrod Berry, I know he wouldn’t be someone who would deliberately eye gouge.

“He’s got a forearm to his face and he’s reached up, two seconds after he almost hit the eye, he grabs the jumper.”

Pearce compared the clash to Toby Greene’s clash with Marcus Bontempelli in the 2019 finals, when Greene was the man on top accused of an eye gouge – the opposite of Berry’s incident.

“I think that might help him as well,” Pearce said.

“The fact that he’s the one lying on his back almost a bit pinned and defenceless, you could excuse him for just trying to get Oliver off him.”

The match review officer will announce Berry’s fate on Saturday ahead of next Friday night’s preliminary final against Geelong.

Meanwhile, Brisbane are expected to get Joe Daniher back after the birth of his first child ruled him out of the win over Melbourne at late notice.

From firesale to flag threat: How Pies flipped the script on trade period ‘chaos’