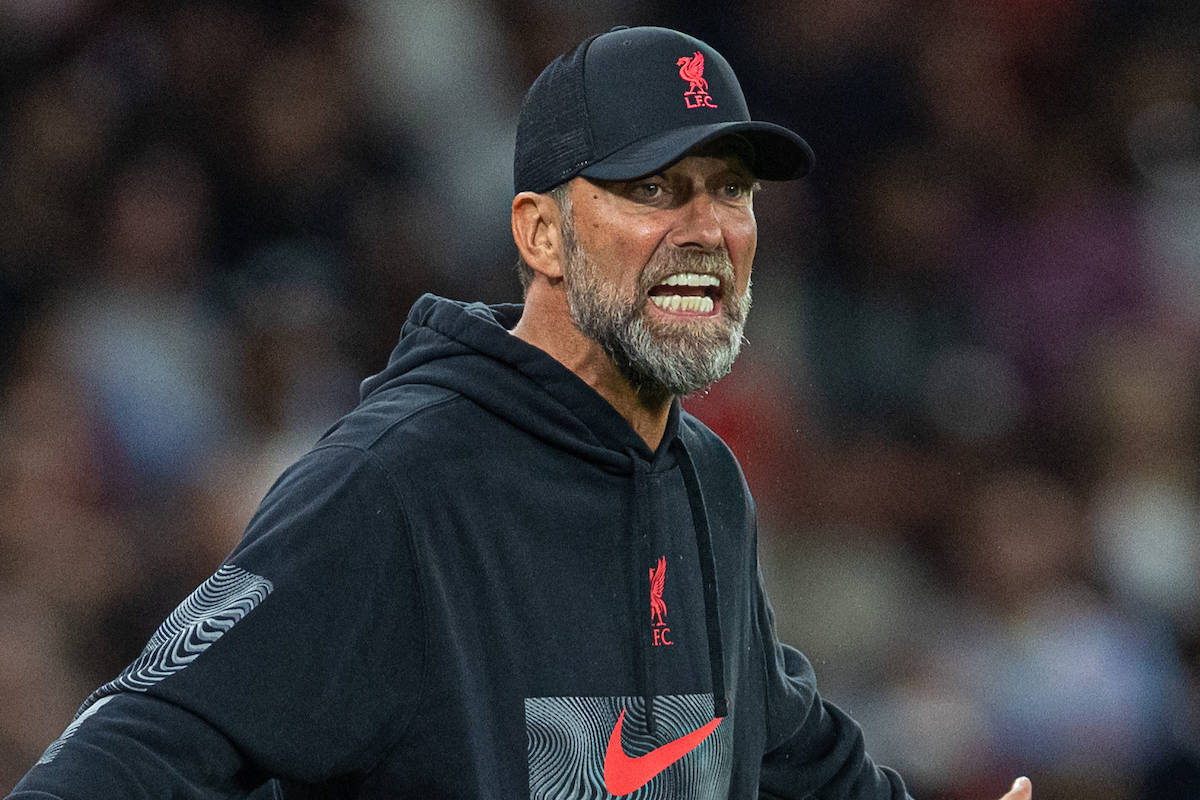 Liverpool are far from their happy place at this moment in time, but Jurgen Klopp‘s philosophical view on being a winner will form the foundations for an upturn in form.

The Reds were served another dose of reality in midweek, with Napoli cutting through Klopp’s side at will in a 4-1 defeat that left the manager using the words ‘reinvent ourselves’.

It’s not a “new kind of football” Klopp is seeking but rather getting back to the basics of what has made this Liverpool side so peerless and catapulted them toward a quadruple bid last season.

Intensity has been lacking, as too wins on the board. But effort is non-negotiable and Klopp hinted at that after defeat in Naples, saying, “If you are not playing exceptionally well you can still defend on a really high level, you should be able to do that.”

And his definition of being a ‘winner’ is exactly what Liverpool have to focus on now: “Someone who keeps trying.”

“The reason I’ve been able to walk through life with such confidence is that I’ve never had the need to be perfect,” Klopp told Sport1 in a recent interview.

“It is very important for us humans to find our way to be happy. And if you’re not the best, which I’ve never been, there must still be opportunities for me to be okay.

“And that is entirely related to how I deal with my own situations.

“And keep trying, sticking with it and working on it, improving and changing things. To me, these are winners in all walks of life.”

Shoulders have dropped at various times throughout the season so far but Liverpool have to return to the basics, tired minds and bodies would come as no surprise but that doesn’t justify a lack of effort and desire.

And Andy Robertson spoke honestly about the questions that the Reds need to ask themselves.

“Are we doing enough for the team? Are we playing the way we want to play? Are we doing exactly what we should be doing? Because it didn’t look like it,” Robertson said after Wednesday’s defeat.

It’s time for Liverpool to live Klopp’s definition of a winner during a time where victories on the pitch are proving tough going, it will all fall into place soon enough.